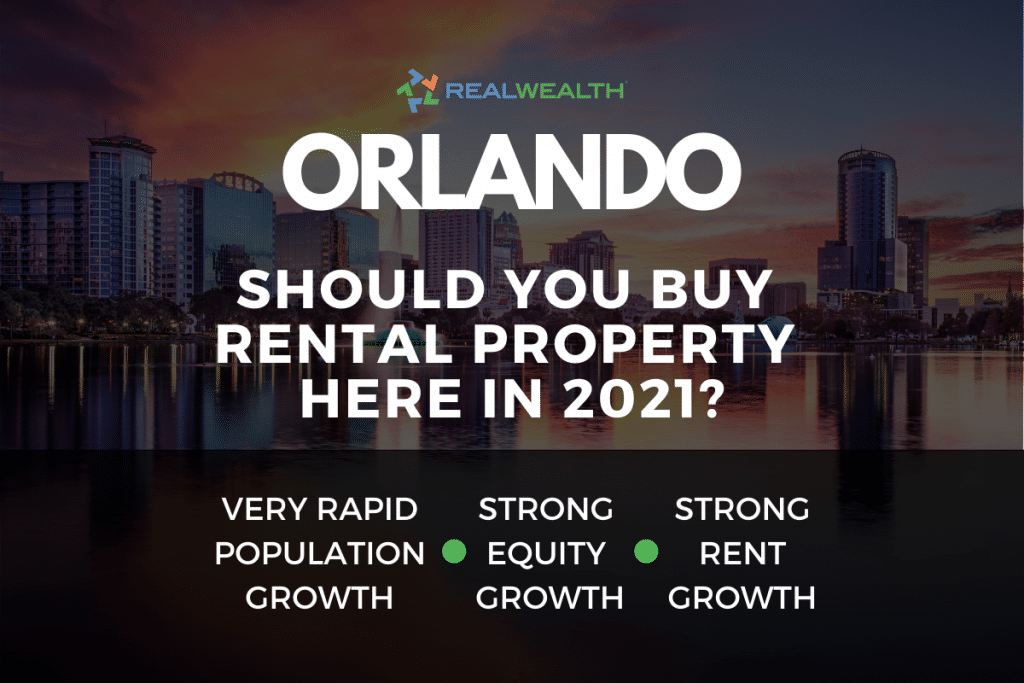 Interested in investing in the Orlando real estate market in 2021? On this page you’ll learn about the housing market forecast, trends and statistics to help you make that decision.

Orlando is the fourth largest city in the state of Florida and the 73rd largest city in the United States. Located in Florida’s “sun belt” region, this city is known for its warm climate, beautiful beaches, and even more so for its world famous amusement parks, entertainment, and attractions.

With a combined population of over 2.6 million residents, Orlando’s real estate market is fueled by job seekers, baby boomer retirees, and students who want to live in a “cheap and cheerful” area that offers a high quality of living at a reasonable cost. For investors looking to invest in real estate, these are good signs.

This area has produced some impressive results for real estate investors already and this trend is likely to continue into 2021. To date, property prices are up, appreciation rates are increasing steadily, and the cost of living remains below the national average. 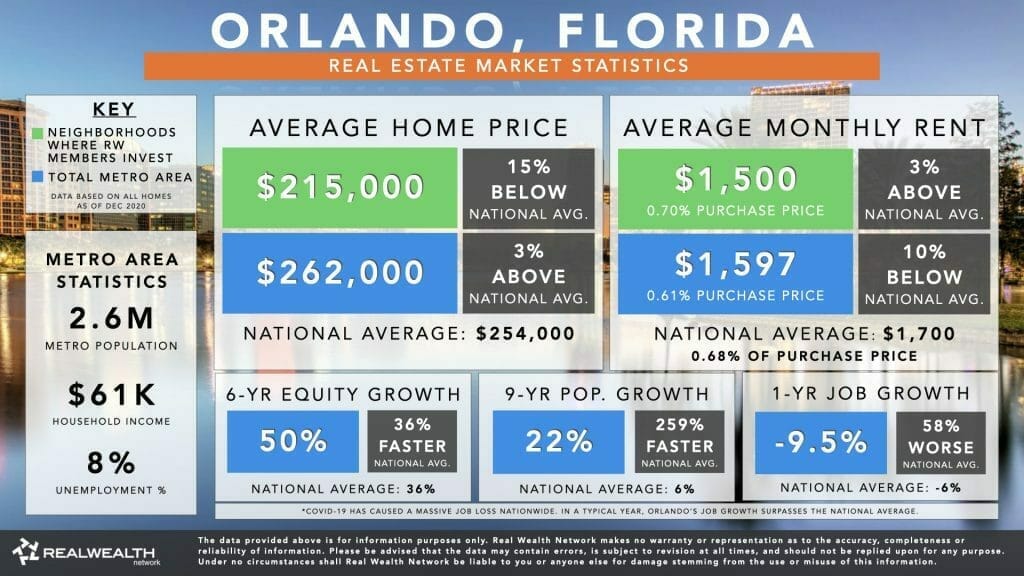 In this section, you’ll learn about the top factors that make Orlando one of the strongest real estate markets of 2021, including job growth, population growth, and equity growth potential. Explore Orlando’s housing market, population, and employment trends in the tabs to learn more. 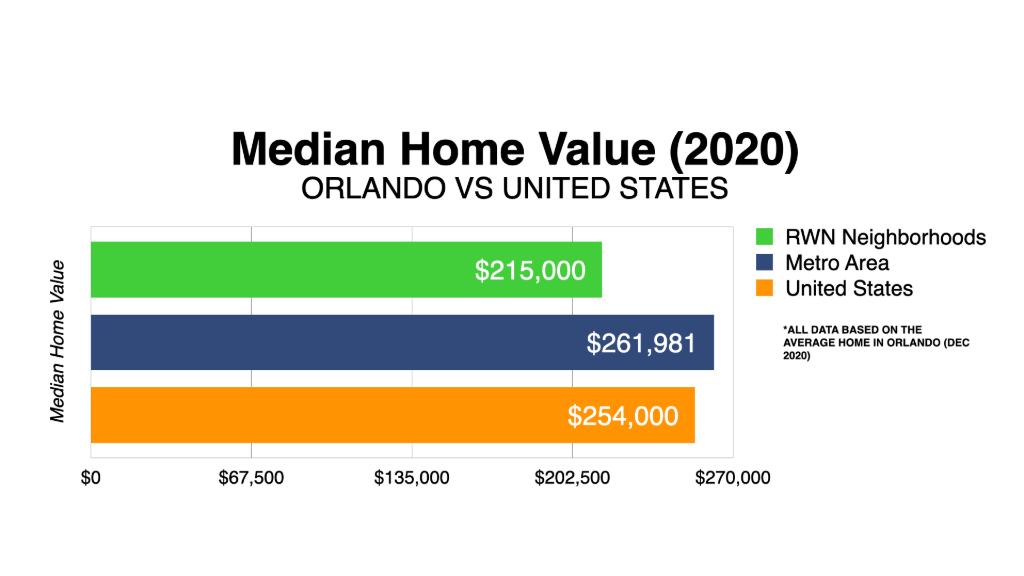 In some Orlando neighborhoods it’s possible to generate monthly income. 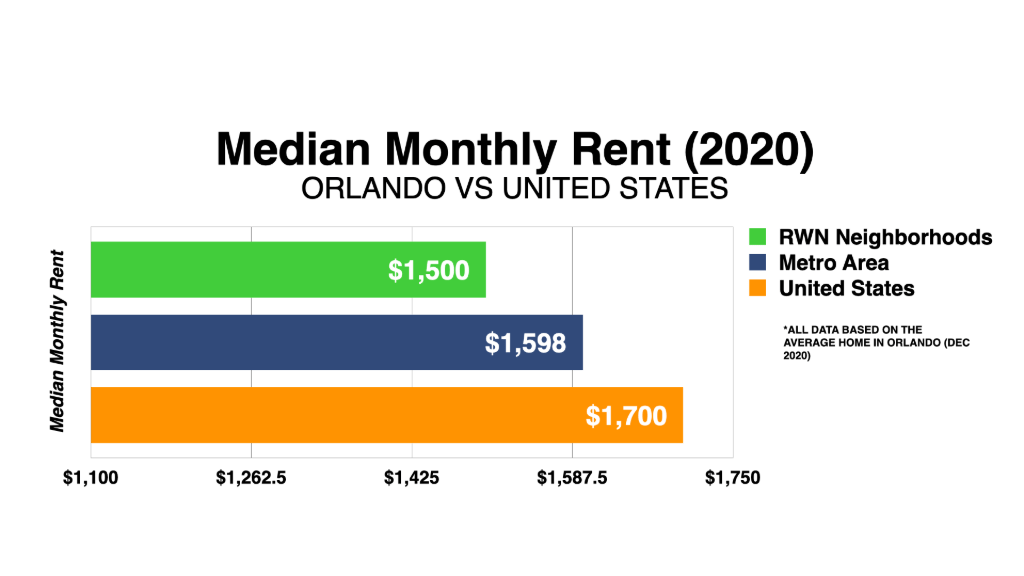 Orlando home values are appreciating at much faster than other U.S. cities. 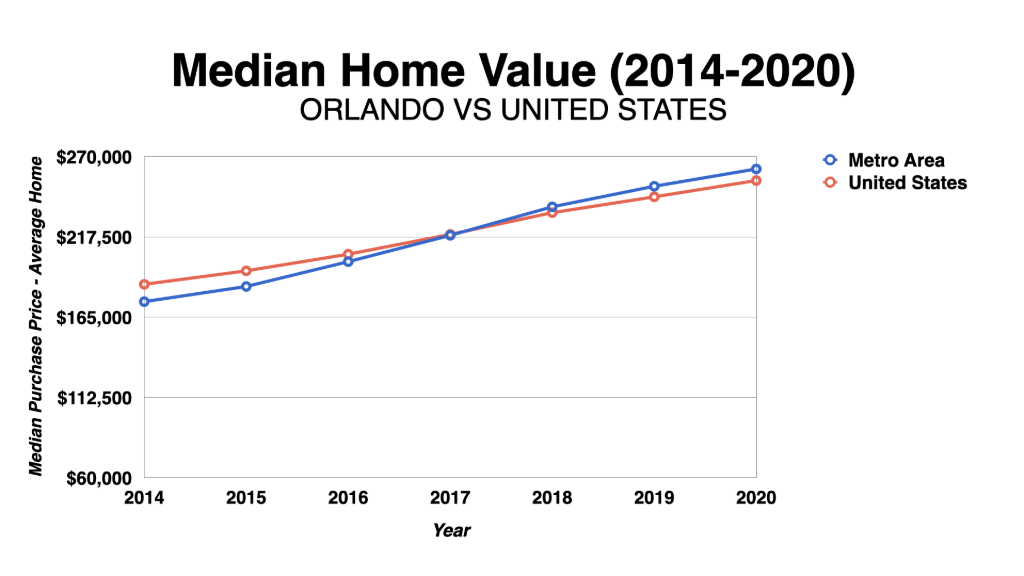 Orlando rents are also rising much faster than other cities. 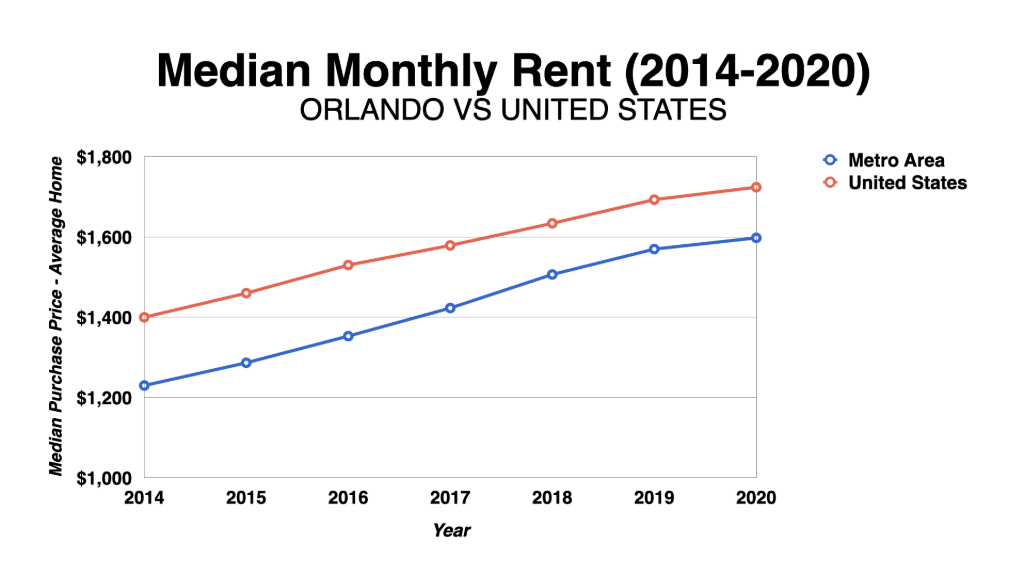 Orlando’s population has grown 259% faster than the national average since 2010. 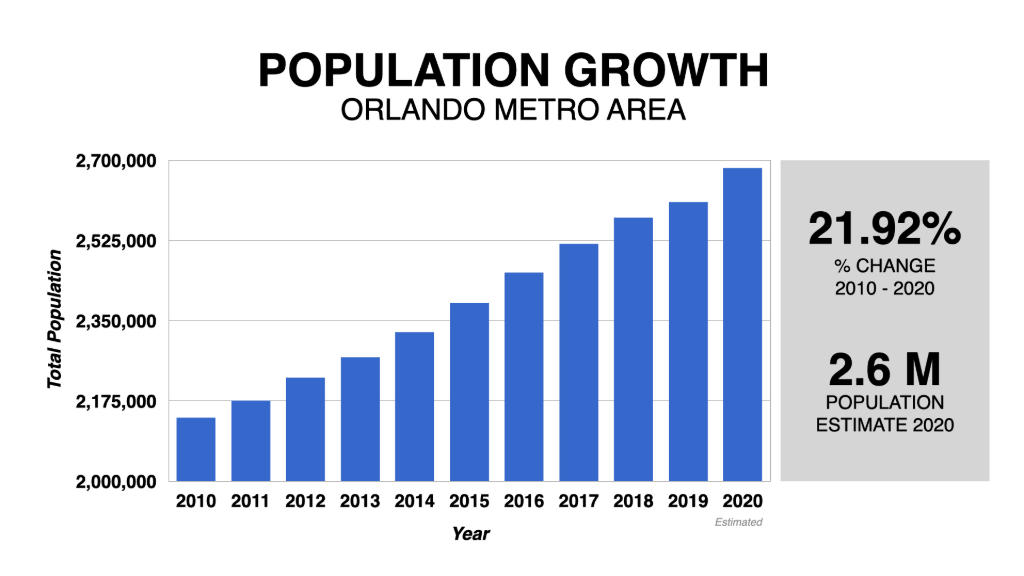 In a typical year, Orlando has been creating jobs at twice the rate of the national average. 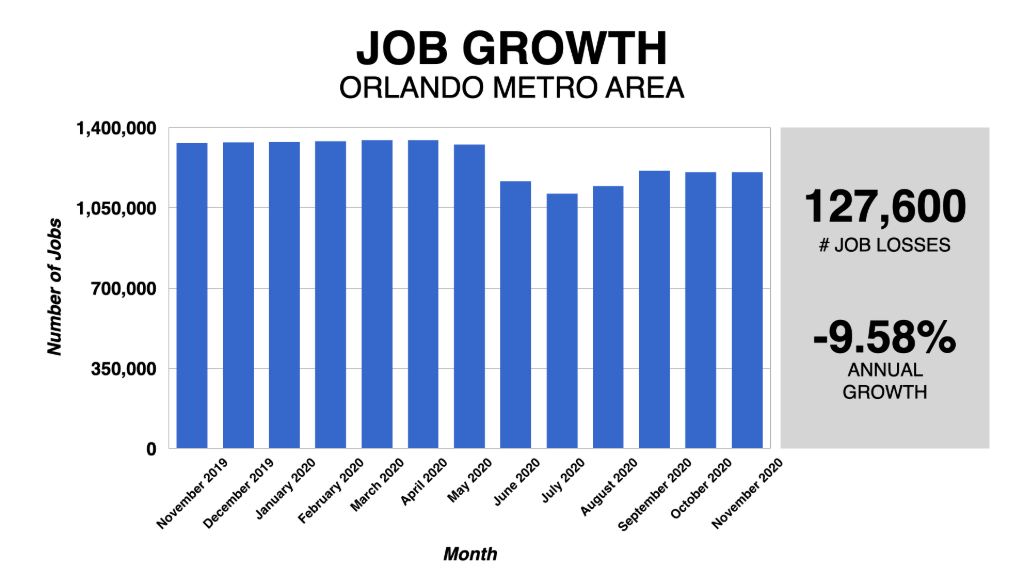 Orlando is creating tons of jobs.