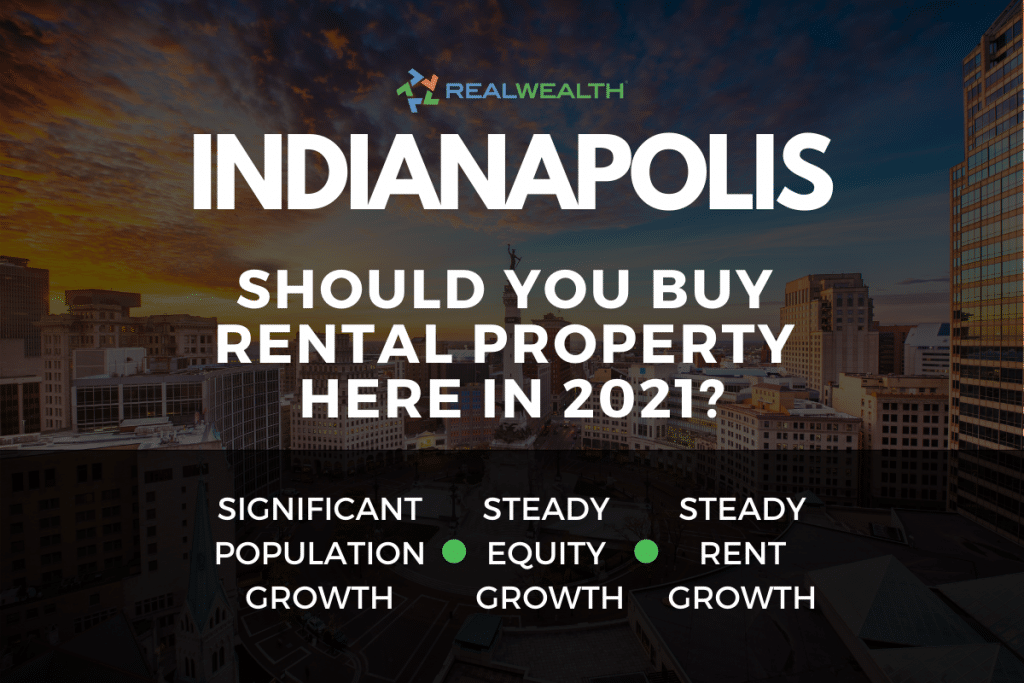 Interested in investing in the Indianapolis real estate market in 2021? On this page you’ll learn about housing market trends and statistics to help you make that decision.

With a metro area of over two million people, Indianapolis is the 2nd largest city in the Midwest and 14th largest in the U.S. The city has poured billions of dollars into revitalization and now ranks among the best downtowns and most livable cities, according to Forbes.

A city of over 2.1 million residents, Indy has long been known as a hub for manufacturing for air-conditioners, cars and car parts, and more. However, like most U.S. cities, Indy’s manufacturing industry has diminished greatly. But, they haven’t given up. In fact, they’ve done just the opposite. In the last decade, the city has steadily and quietly become a national center for new technology.

Today, Indianapolis is home to over 150 tech companies, including Salesforce, Angie’s List, MOBI, and an organization called TechPoint whose mission is to promote and accelerate the growth of Indiana’s tech community.

Some of the factors that make Indy attractive for tech companies include the low cost of living, limited government regulation, and a steady stream of qualified applicants from several local (and prestigious) universities. In fact, Indy offers tech workers a much more affordable life compared to the East and West coasts. For example, a tech worker earning $100,000 a year in Indianapolis would need to make $272,891 to have the same standard of living in San Francisco [bestplaces.net]. 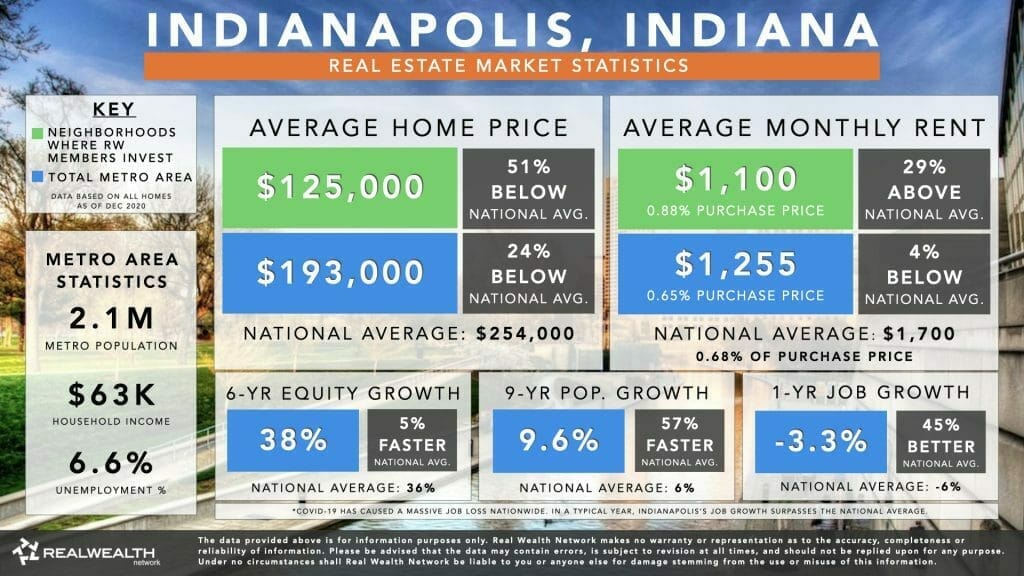 In this section, you’ll learn about the top factors that make Indianapolis one of the strongest real estate markets today, including: affordability, cash flow, population growth, and job growth.

Property values in Indianapolis are much lower than many other cities across the United States today. 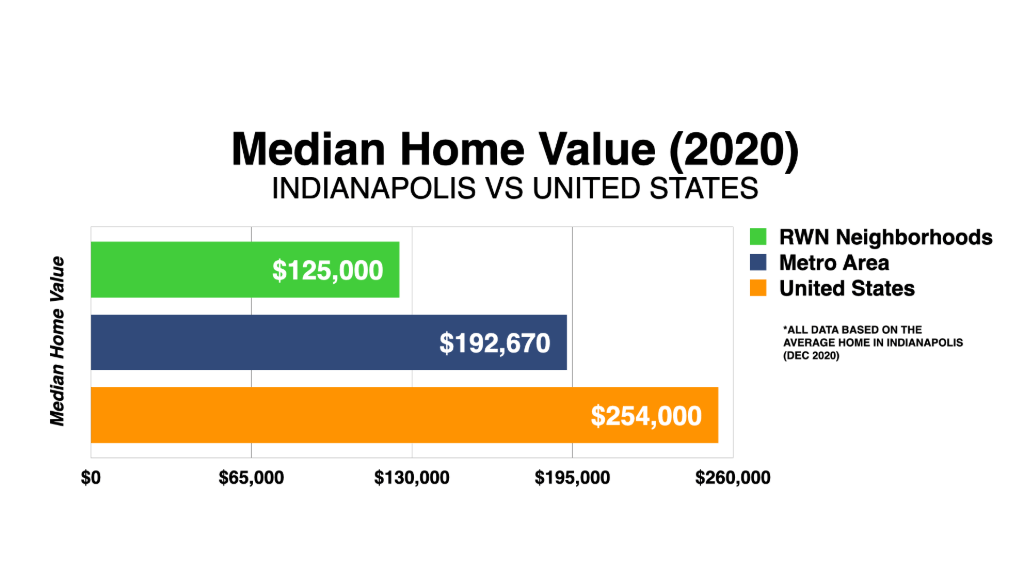 In some Indianapolis neighborhoods, it is possible to make significant monthly income. 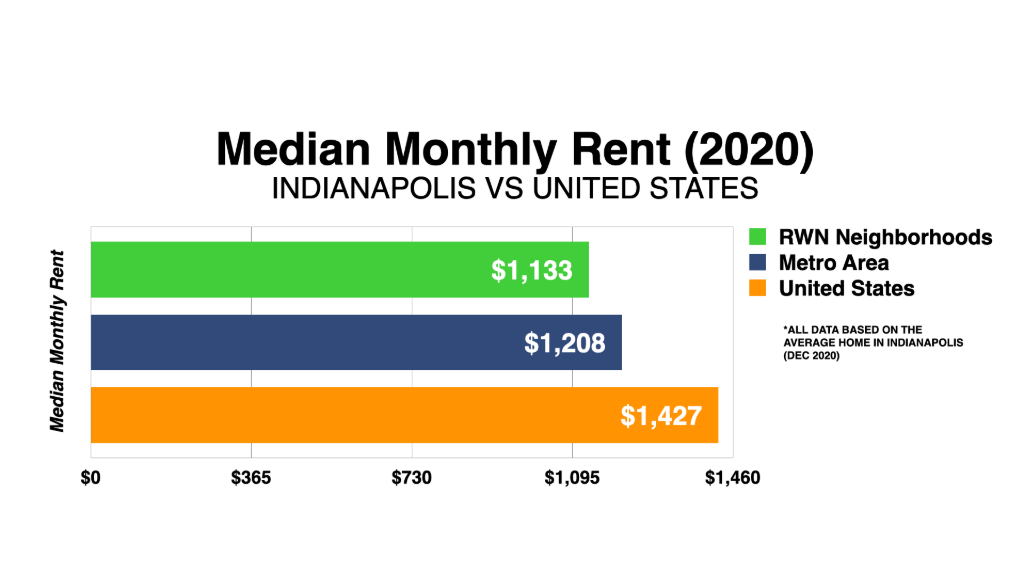 Indianapolis home values have been steadily rising over the last six years. 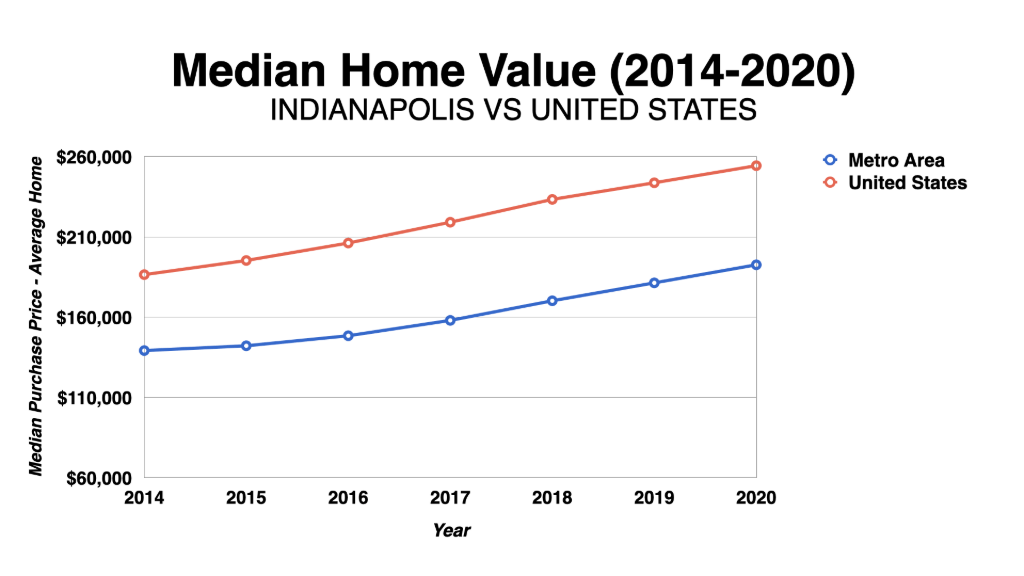 The median monthly rent in Indianapolis has increased since 2014, but not as much as other U.S. cities. 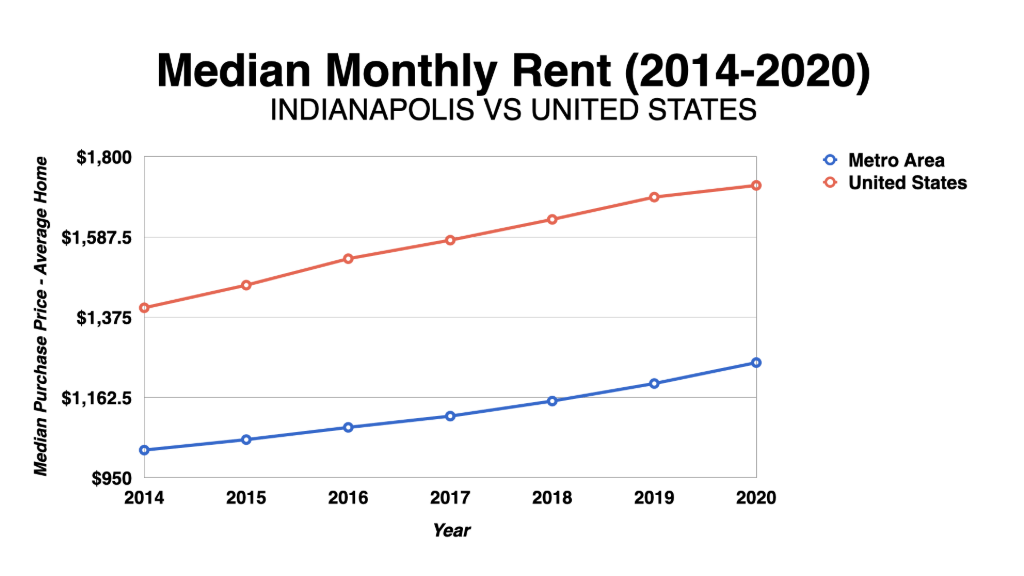 Indianapolis’ population is growing at a faster rate than many other U.S. markets today. 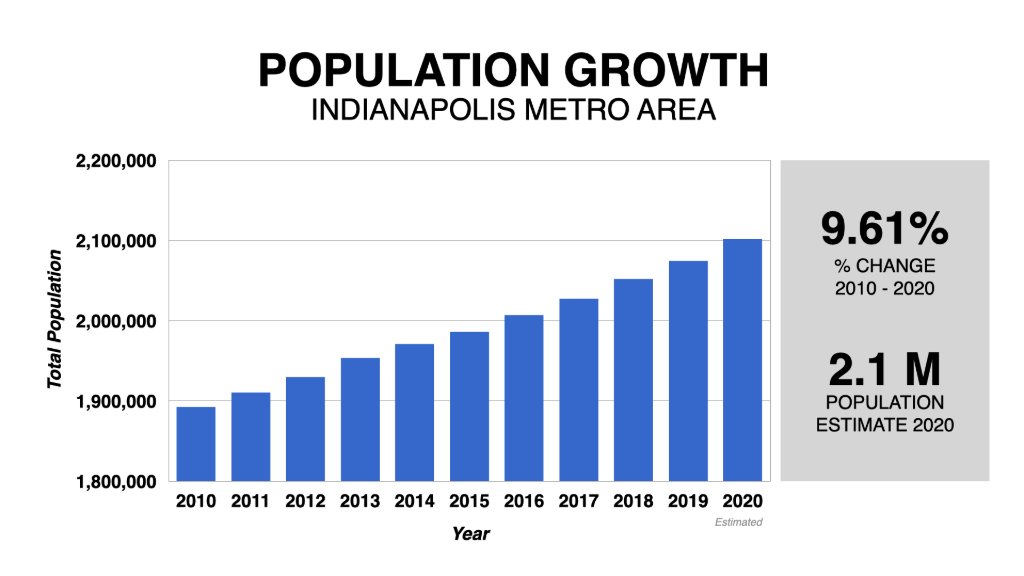 Indianapolis has created more jobs than other U.S. cities. 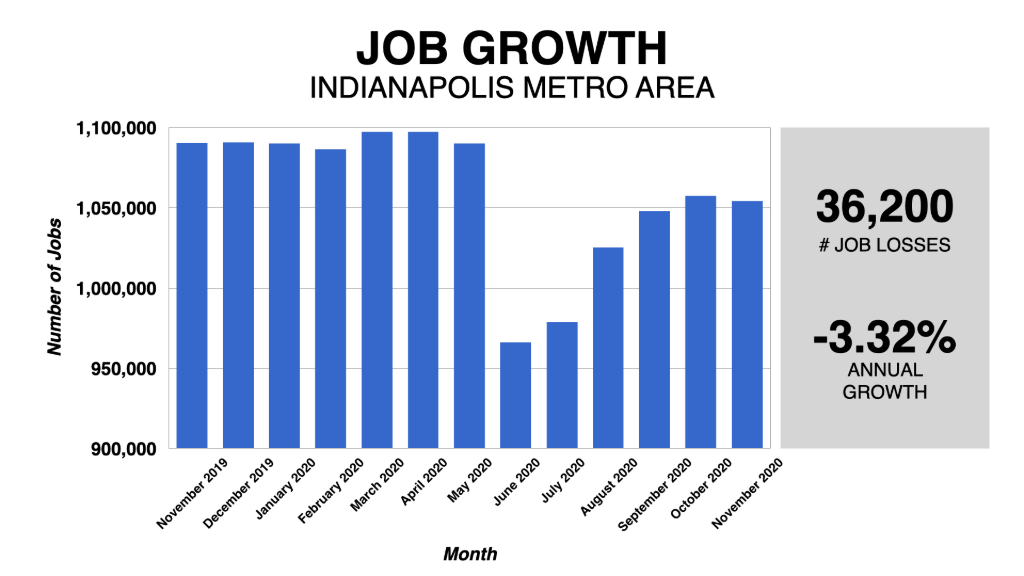