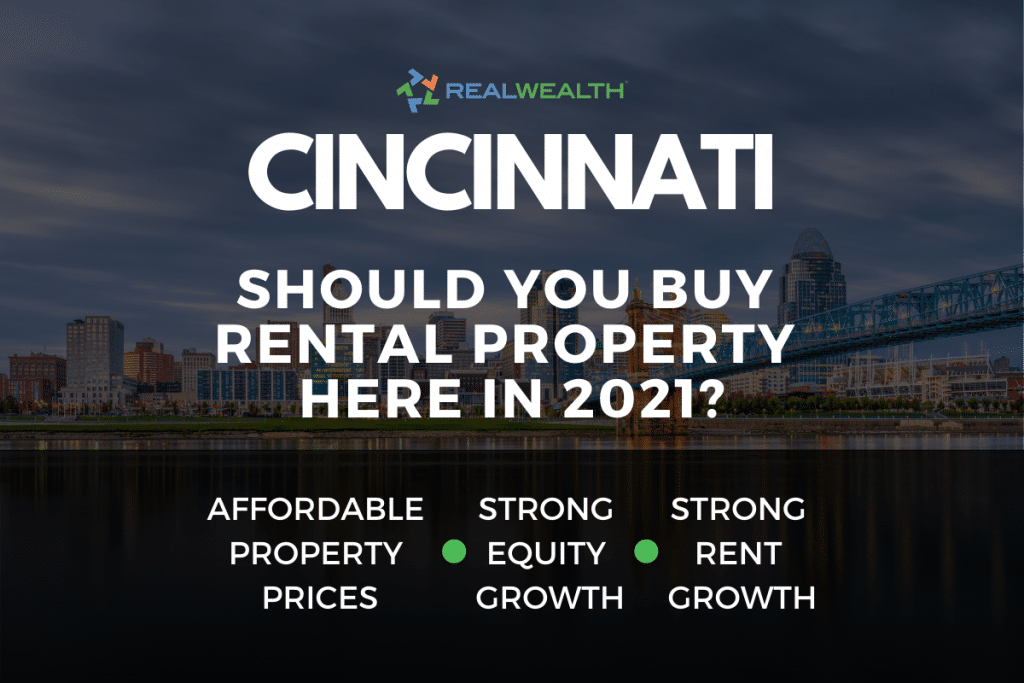 Interested in investing in the Cincinnati real estate market in 2021? On this page you’ll learn about housing market trends and statistics to help you make that decision.

Located on the northern banks of the Licking and Ohio River junction, Cincinnati is the third-largest city in Ohio and the 65th-largest city in the United States. Cincinnati was also the first major American city founded after the American Revolution, which is why it is sometimes thought of as the first purely “American” city. It was one of Winston Churchill’s favorite U.S. cities. He called it, “…the most beautiful of the inland cities of the union.”

In recent years, Cincinnati has become a popular destination for new and relocating corporate headquarters, including 10 Fortune 500 companies and 17 Fortune 1000 companies. Some of the more well known of these companies include: Procter & Gamble, The Kroger Company, Macy’s, Inc., and General Electric.

Today, the Cincinnati metro area is recognized as one of the nation’s 25 fastest developing regions (according to the Brookings institution) with a Gross Metro Product of $154 Billion. 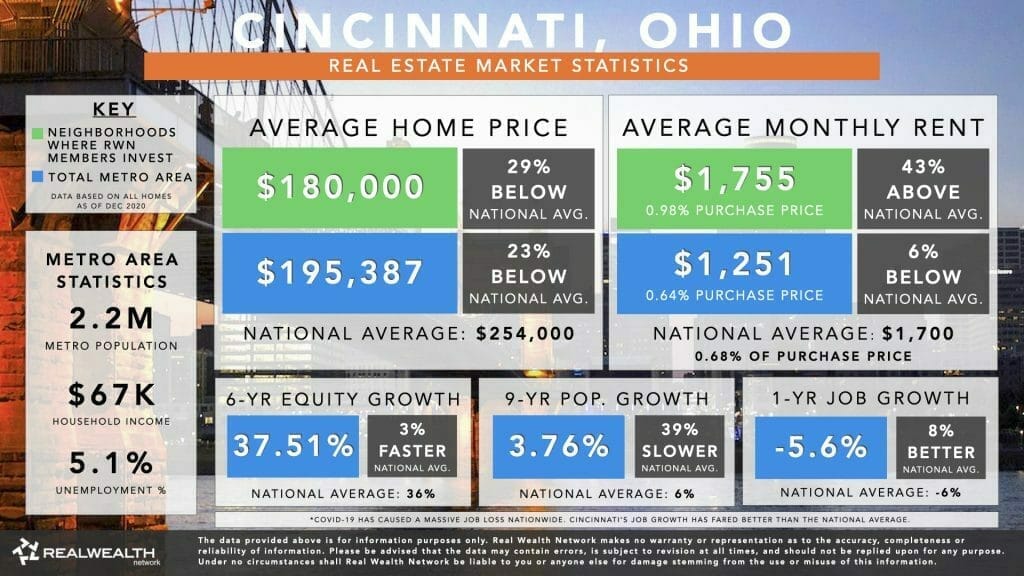 In this section, you’ll learn about the top factors that make the Cincinnati real estate market one of the strongest of 2021, including: affordability, cash flow, and equity growth potential. Explore Cincinnati’s housing market, population, and employment trends in the tabs to learn more. 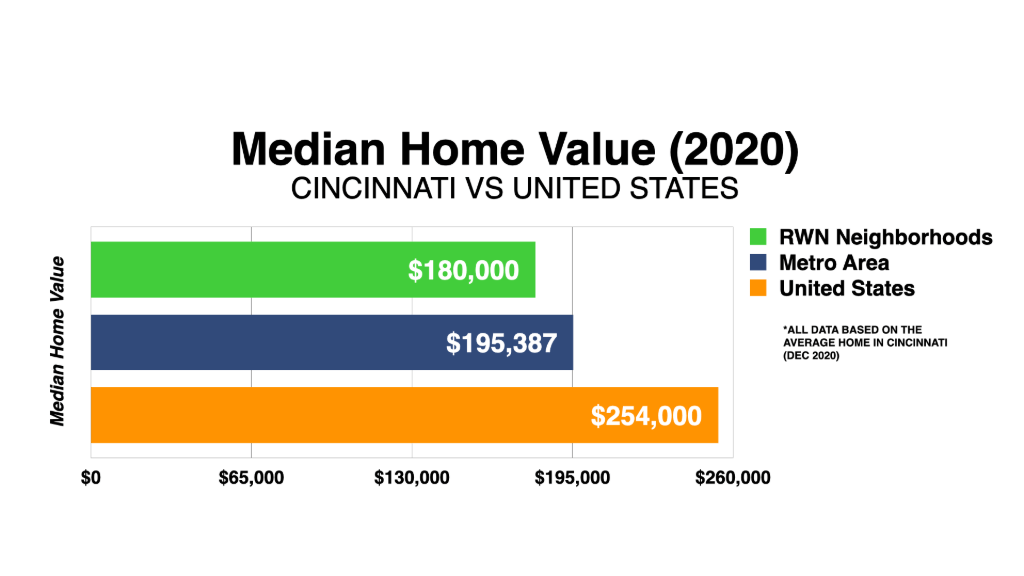 The median rent for Cincinnati homes is less expensive than most U.S. cities 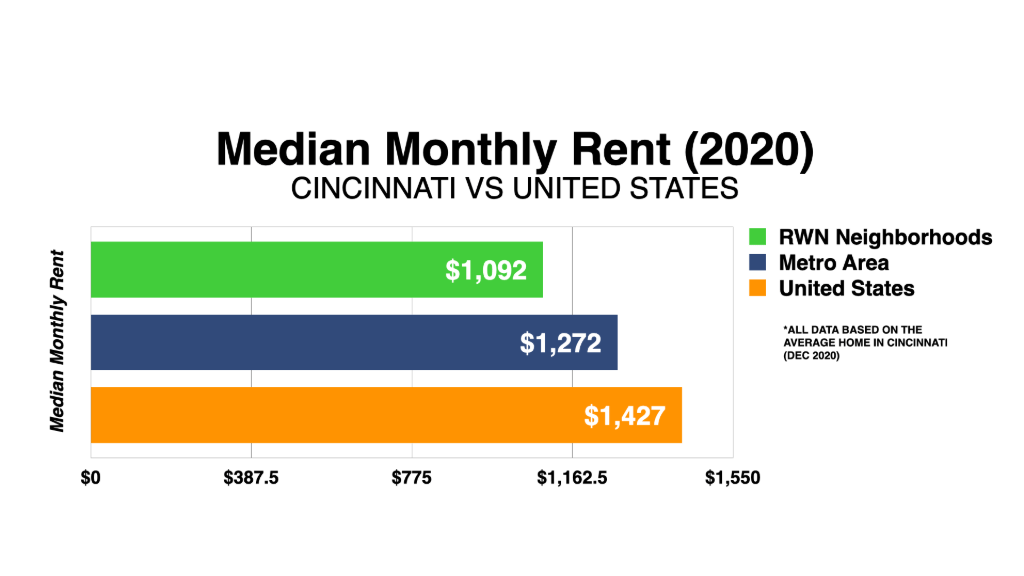 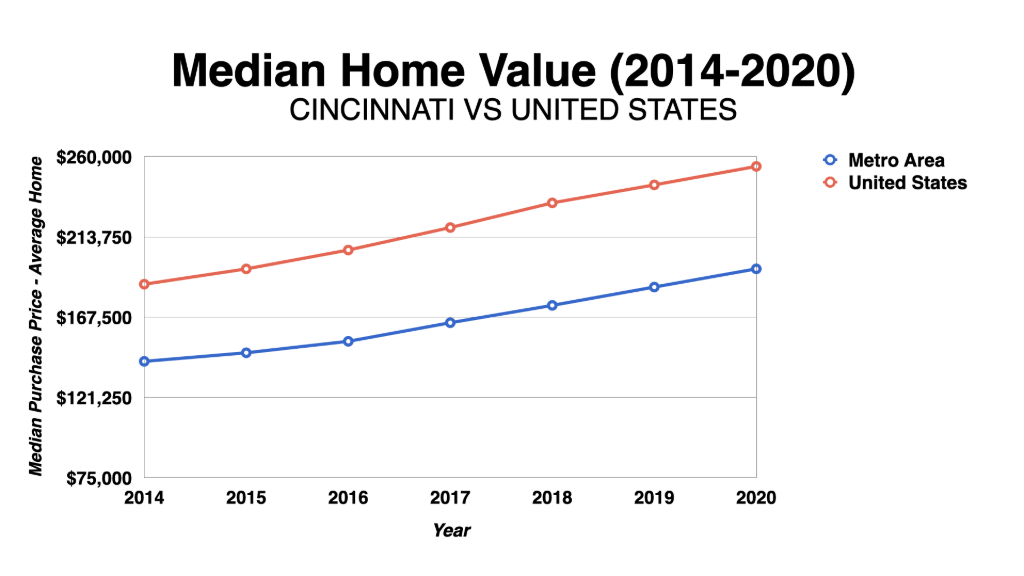 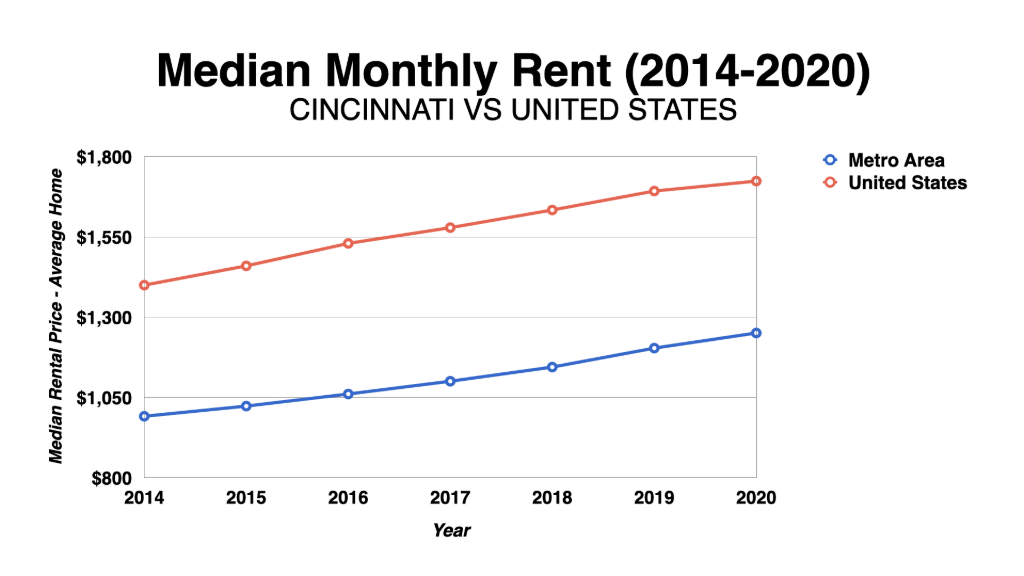 Cincinnati has been experiencing slow, but consistent population growth over the last several years. 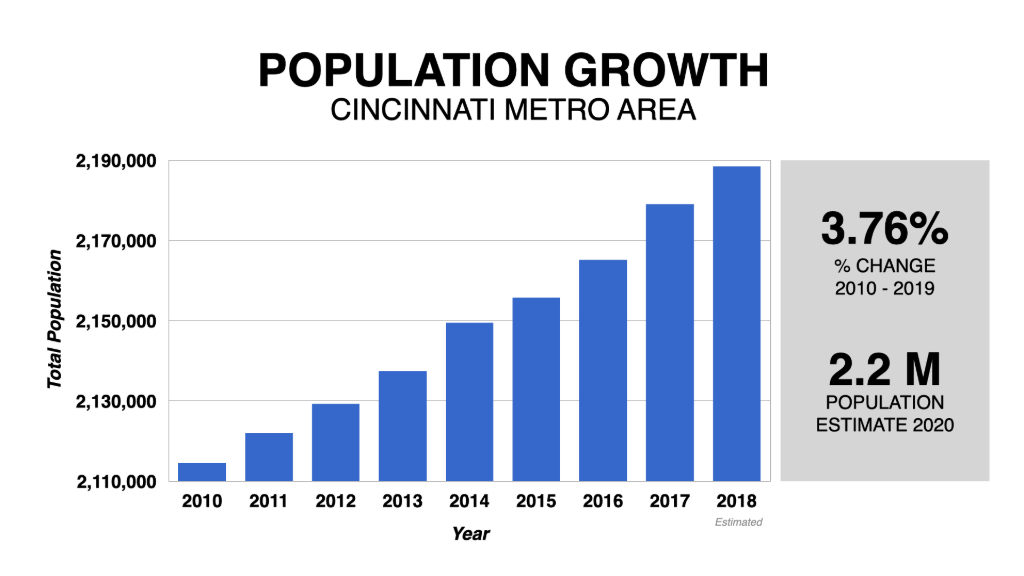 Cincinnati has been creating jobs, but not as many as other markets. 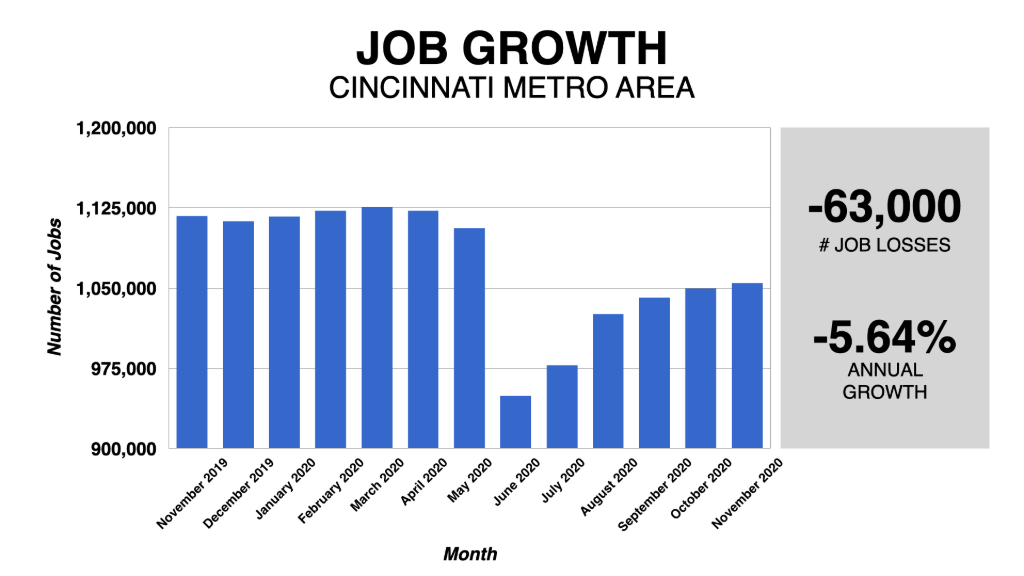