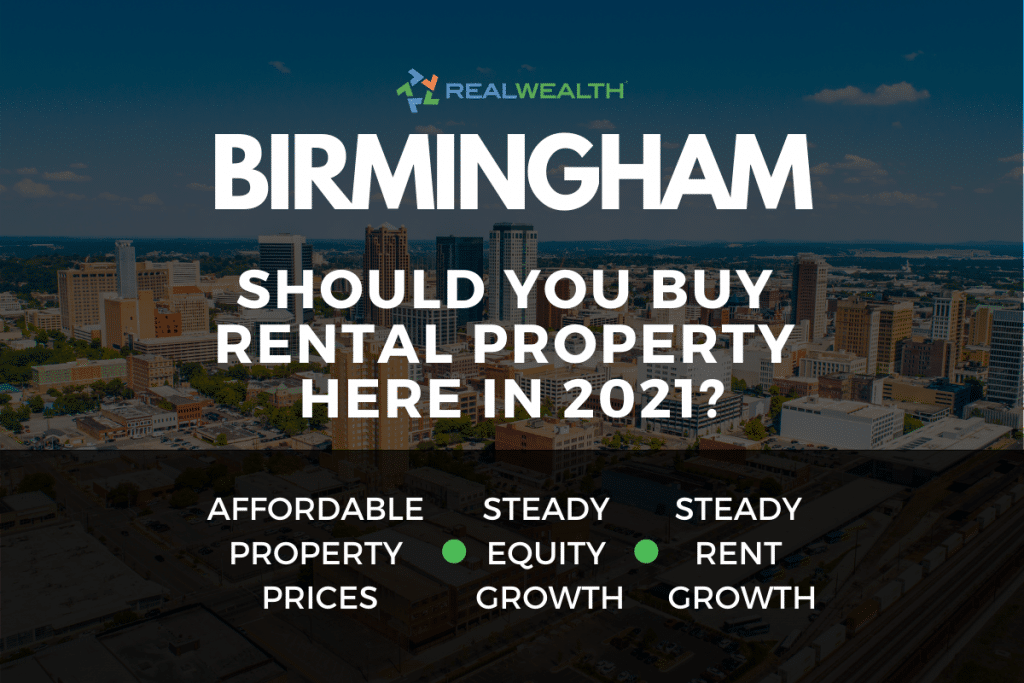 Interested in investing in the Birmingham real estate market in 2021? On this page you’ll learn about housing market trends and statistics to help you make that decision.

Located in the foothills of the Appalachian Mountains, Birmingham is the most-populous city in the state of Alabama and the county seat of Jefferson County.

At the height of the nation’s manufacturing age, the city grew so fast in population it was nicknamed the “Magic City.” The nickname stuck when they discovered it was also the only city in the world where the three raw ingredients used to make steel (coal, limestone, and iron ore) occur naturally in a ten-mile radius.

In the last few decades, Birmingham has undergone a major revitalization, becoming a hub for publishing, medical research, banking, construction, and service-based companies. Today, the Magic City is considered one of the nation’s most livable cities because of its vibrant downtown, burgeoning loft community, and world-class culinary scene. 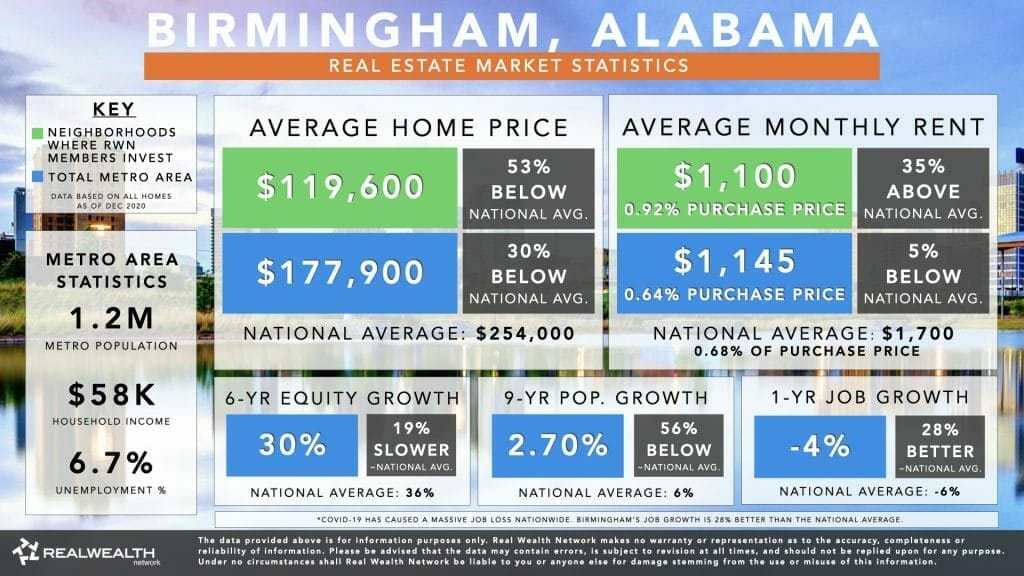 In this section, you’ll learn about the top factors that make the Birmingham real estate one of the most popular of 2021, including: affordable home values, passive income, and stability. Explore Birmingham’s housing market, population, and employment trends in the tabs to learn more. 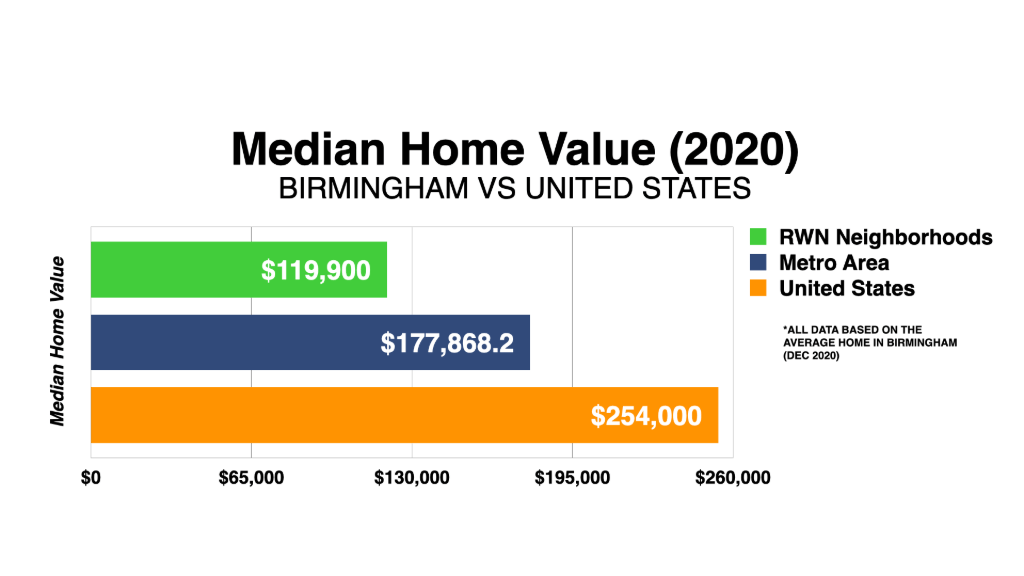 The median rent to purchase price for homes in Birmingham is higher than the national average. 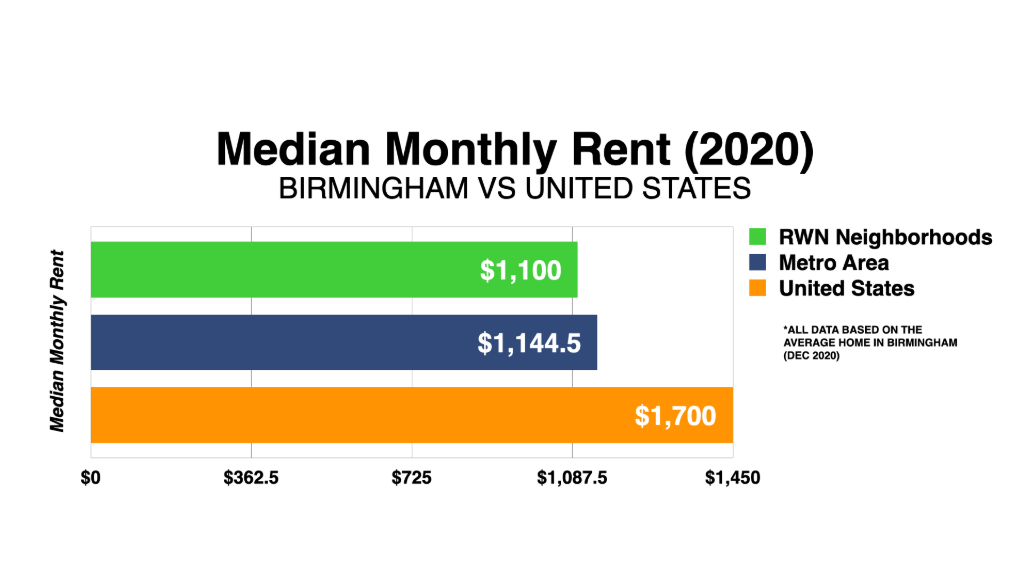 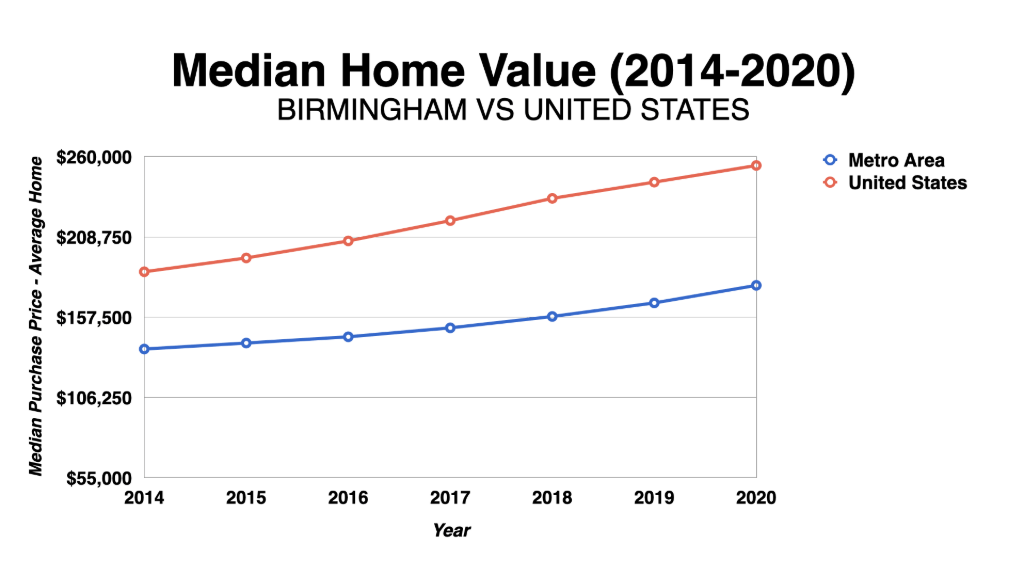 Birmingham rents have been rising consistently over the last six years. 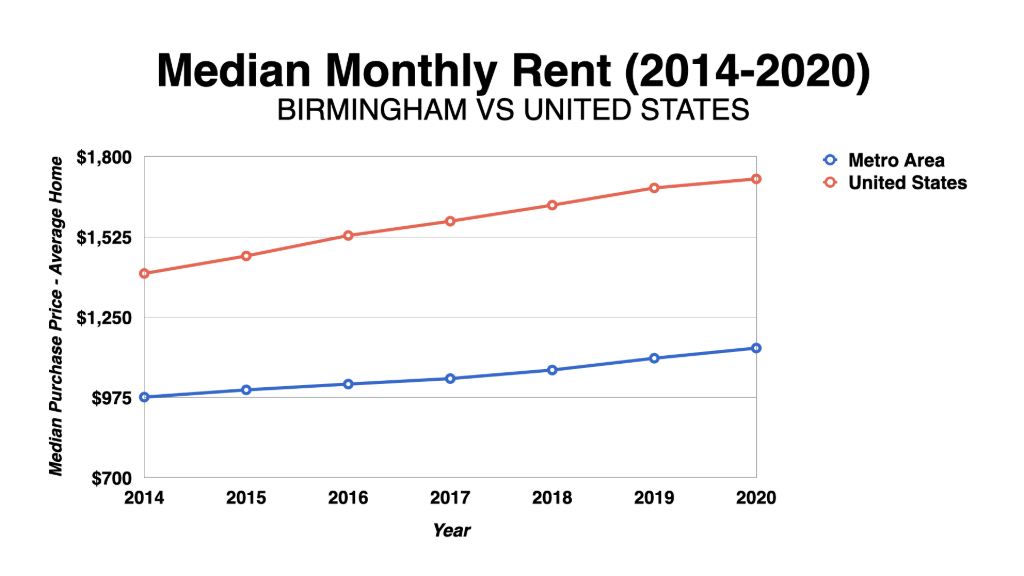 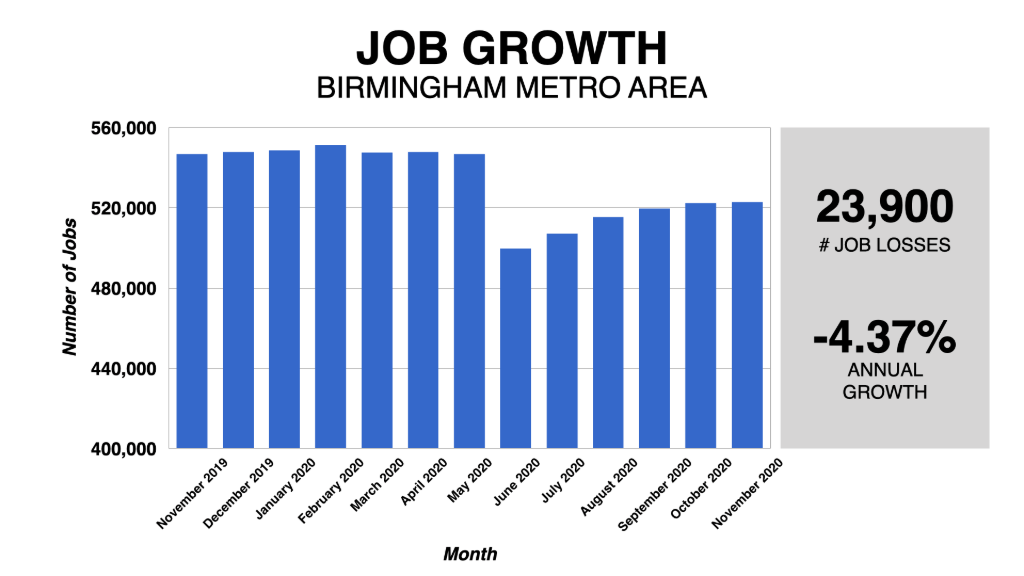