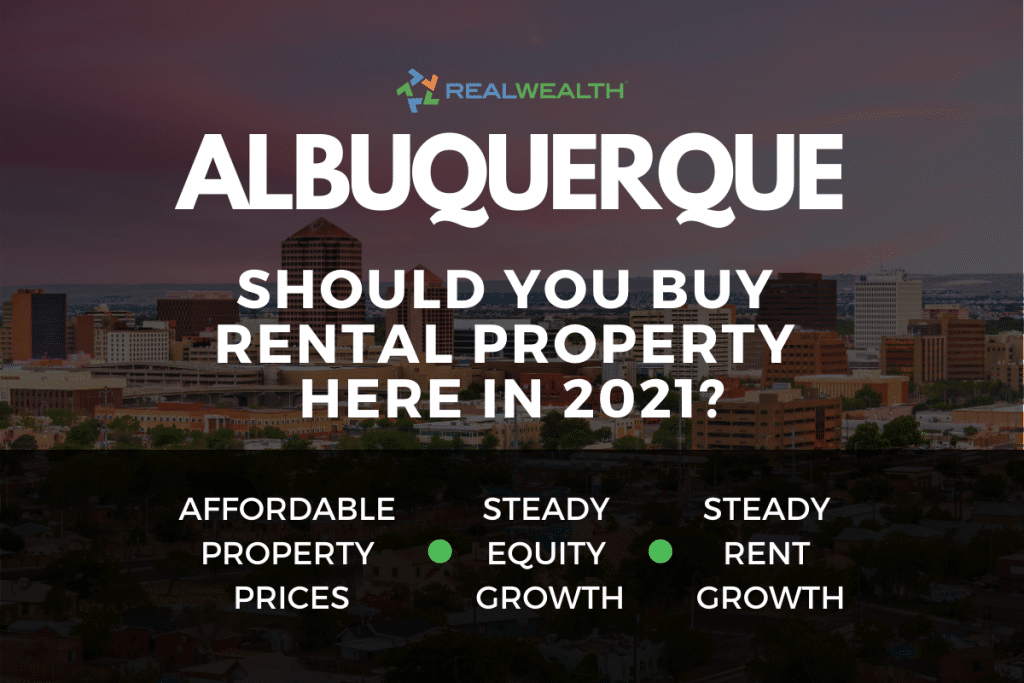 Interested in investing in the Albuquerque real estate market in 2021? On this page you’ll learn about housing market trends and statistics to help you make that decision.

About the Albuquerque Housing Market in 2021

Albuquerque is a culturally rich and naturally beautiful metropolitan area. It’s home to most notably, the University of New Mexico, along with 10 other educational institutions. Albuquerque’s elevation of 5,326 feet is the highest metropolitan in the entire nation.

At the center of New Mexico’s “Technology Corridor,” Albuquerque has a concentration of high-tech private companies and government institutions. It is also home to Intel, Sandia National Laboratories, Kirtland Air Force Base.

In 2018, Netflix moved its U.S. production hub to the Albuquerque area. As of November 2020, Netflix plans to expand its production site by 300 acres and agrees to spend more than $1 billion over the next decade. This expansion by Netflix is expected to produce roughly 1,000 more jobs in the coming years.

In this section, you’ll learn about the top factors that make the Albuquerque real estate market one of the most popular for 2021, including: affordable home values, passive income, and a quickly growing job market. Explore Albuquerque’s housing market, population, and employment trends in the tabs to learn more. 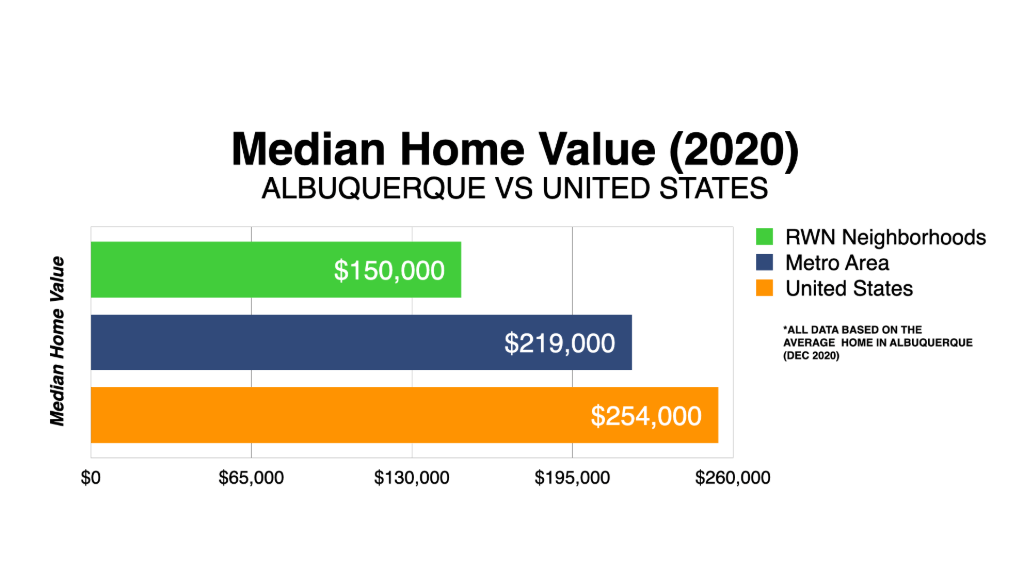 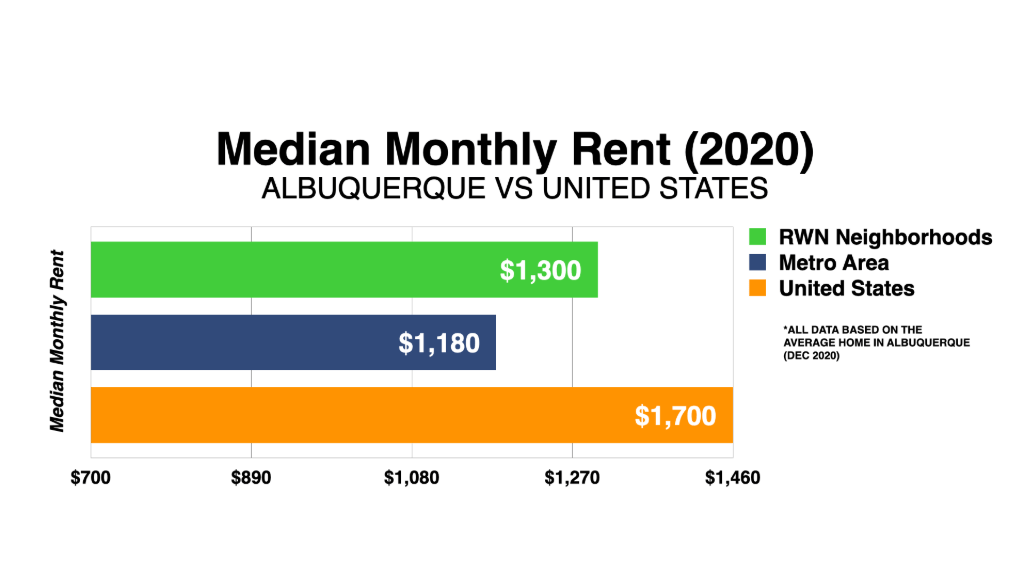 Albuquerque home values have been rising over the last six years. 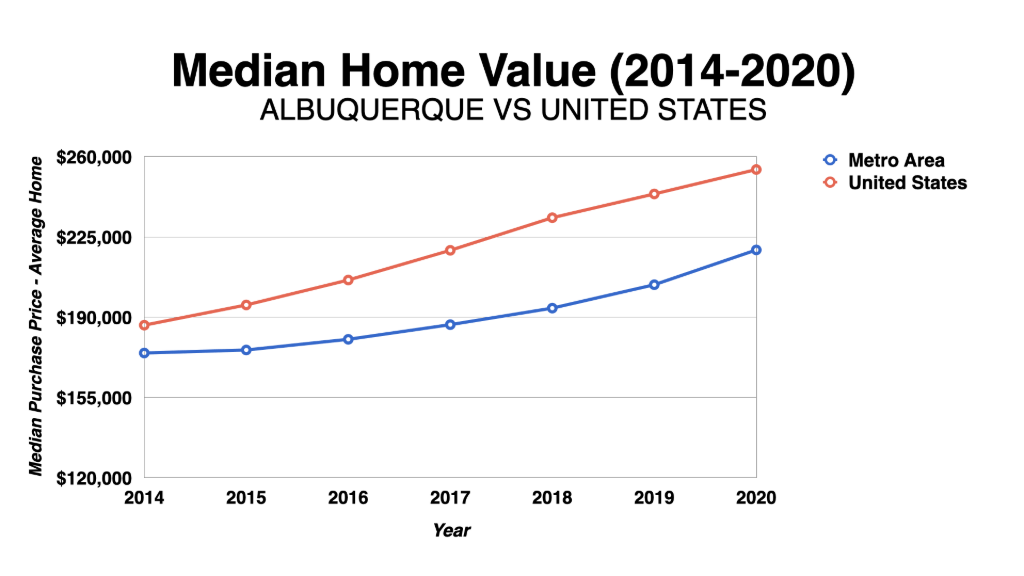 Albuquerque rents have also been rising over the last six years. 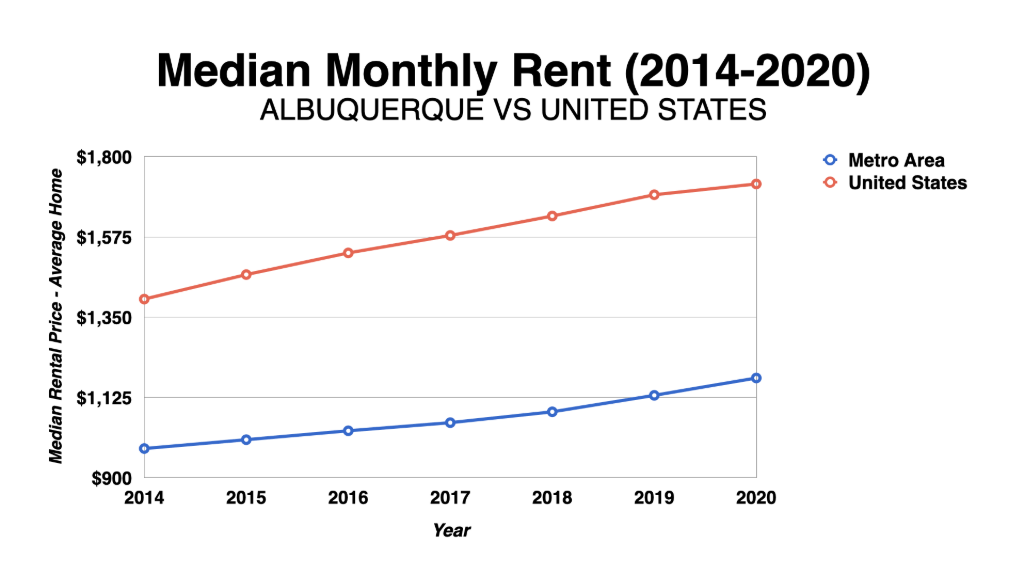 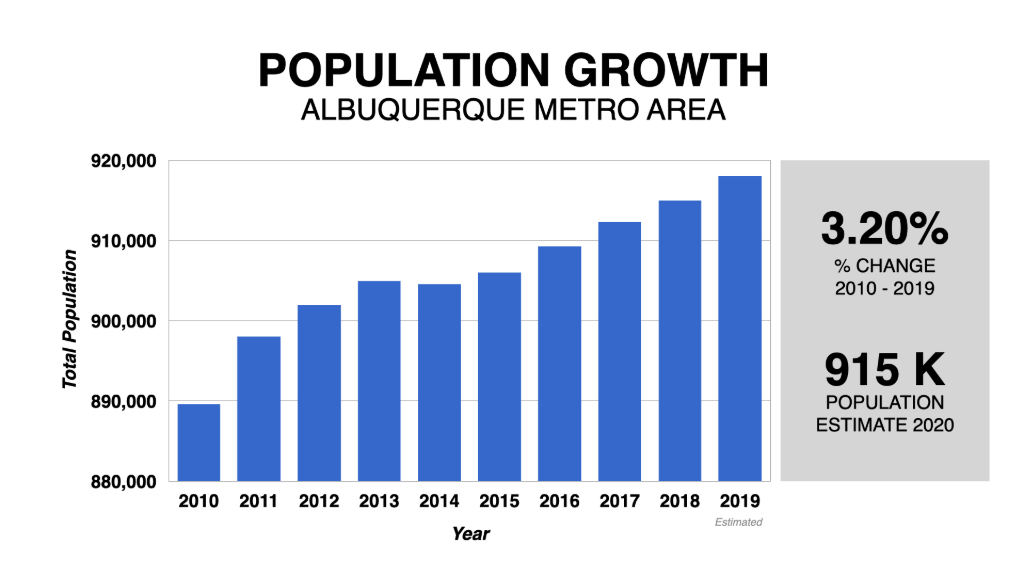 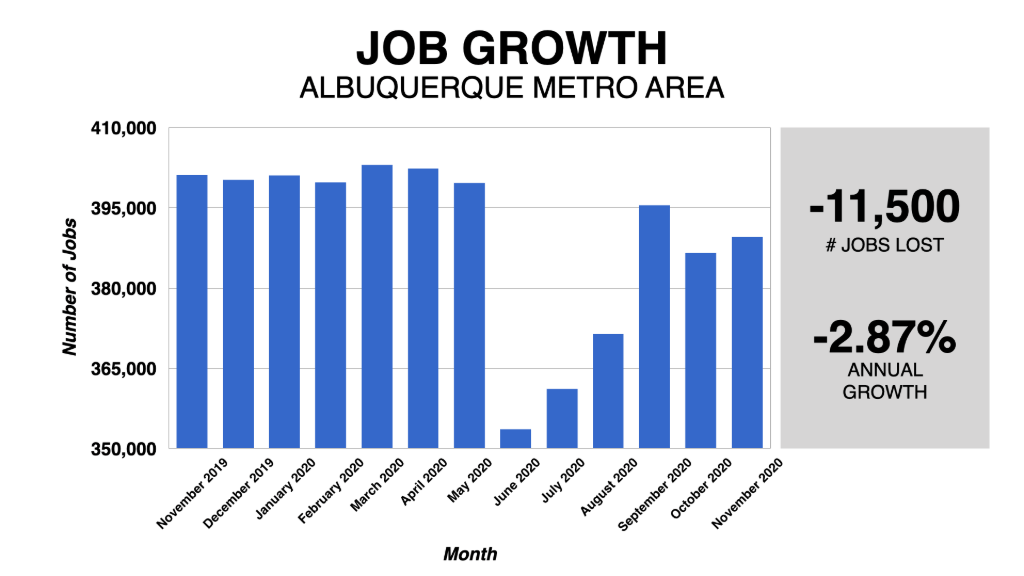