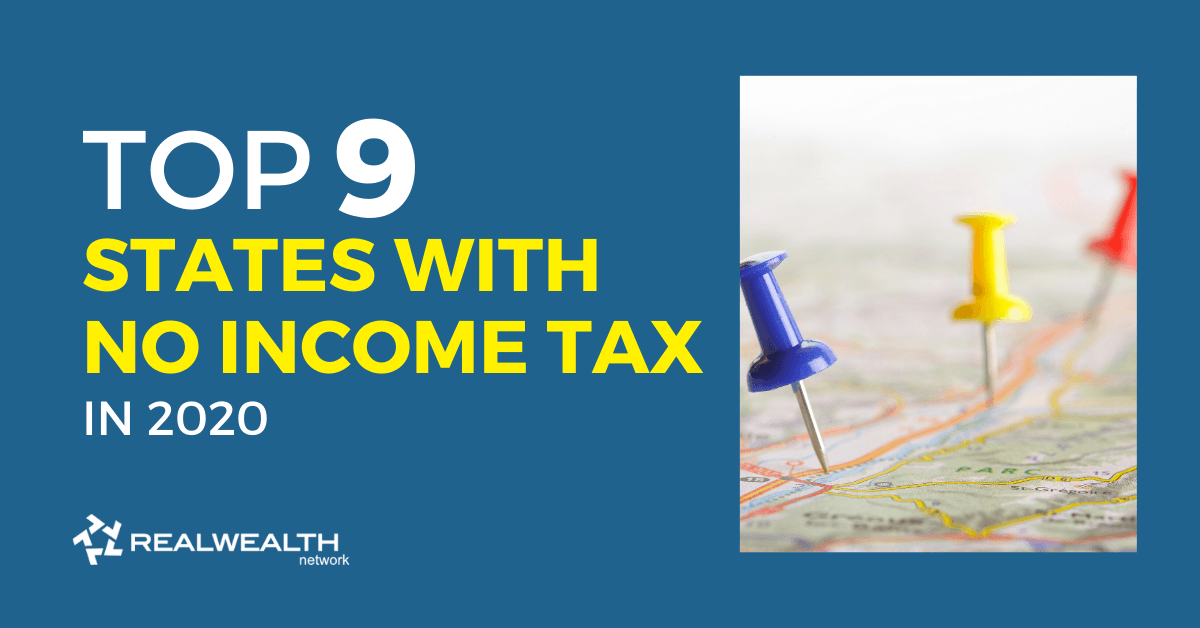 I think it’s safe to say that everybody wants to lower their tax bill. One way to do this is to live in a state that does not tax your income. Currently, nine states in the U.S. don’t tax wages, with two states (New Hampshire and Tennessee) phasing out all taxes on investment income and interest by the year 2025.

Preparing for retirement? Good news! There are 11 states with no income tax for retirees. And for retired veterans, all military retirement pay is tax-exempt in 20 states across the nation.

It’s important to note that states that don’t tax personal income will typically replace any lost revenue with other taxes or by offering fewer services to their residents.

9 States with No Income Tax for All

Only nine states in the entire country offer no income tax for all citizens. The following are income tax exempt states:

Alaska has no income tax or sales tax. The state and local tax burden, which includes income, property, sales, and excise taxes is only 5.10% of personal income, making Alaska the lowest in the nation. Keep in mind that the cost of living in Alaska is high, due in large part to its remote location.

As of 2016, legislation passed a plan to lower taxes on investment income, which will be entirely eliminated by 2021. High sales tax and the highest beer tax in the nation makes up for lost revenue from income tax. The state tax burden in Tennessee is 6.28%, the second lowest in the country.

Florida has no income tax and carries the third lowest tax burden in the country at 6.56%. While sales and property taxes are above the national average, Florida is more affordable than a few other states. With above average housing costs and a high cost of living, Florida ranks 35th in affordability. However, the Sunshine State ranks #13 on the list of “Best States to Live,” according to U.S. News.

New Hampshire is one of two states that does not tax wages, but does tax dividends and interest. However, recently the state passed legislation to phase out taxes on interest and dividends by the year 2025. New Hampshire’s state and local tax burden comes in at just 6.86%, ranking fourth in the country.

Like most no income tax states, South Dakota relies heavily on revenue from cigarette and alcohol taxes. It has above average property taxes but below average sales taxes nationwide. The Mount Rushmore state is tax-friendly for retirees and carries an overall tax burden of 7.28%, placing it as the eighth lowest state in the U.S.

Personal income tax in Texas is forbidden in the state’s constitution. As such, the Lone Star state counts on money from sales and excise taxes. With higher sales and property taxes, the overall tax burden for residents is 8.18%, ranking 18th in the nation.

Washington state is home to several major employers and a younger population, due largely to no corporate income tax. With higher sales, excise and gasoline taxes than most states, Washington’s overall tax burden is 8.20%, #19 in the U.S.

Nevada is another state with no income tax for its residents. Relying mostly on revenue from high sales taxes. The overall tax burden for Nevadans is 8.26%, making it the worst no income tax state. However, the tax burden puts Nevada at 22 out of 50 compared to all states.

12 States with No Income Tax for Retirees

The following 12 states are exempt from paying taxes on income from retirement accounts.

Alaska isn’t typically a place that many people think to retire. While the Last Frontier State can have some pretty extreme weather conditions, it knows how to treat its senior citizens. If you live in Alaska, income from a 401(k), IRA or pension is tax exempt.

Ever wondered why so many soon-to-be retirees decide to pick up and move to Florida? Not only does it offer warm weather, sandy beaches and palm trees, the Sunshine State also does not tax retirement income.

Looking for a tax-advantaged state somewhere in the midwest to retire? Illinois is the only state in the region where retirement accounts are completely tax exempt. However, there’s a catch. Income received from a pension or 401(k) must come from a qualified employee benefit plan in order to be tax-free.

If you are over the age of 59 and a half, the state of Mississippi will not tax your retirement income. But, the Magnolia State will tax your 401(k), IRA and pension income for those who retire early.

Nevada isn’t good for just gambling. The Silver State won’t tax retirement income — or any income, because it doesn’t have an income tax.

New Hampshire is the only state with no income tax in New England. If you retire in the Granite State, you’ll be able to completely avoid paying state taxes from your 401(k) plan, IRA or pension. New Hampshire does impose taxes on interest and dividends.

Retirees looking to save on retirement taxes can do so by living in Pennsylvania. Eligible employee-sponsored retirement plans are tax-free income in the Keystone State. However, just like Mississippi, those who retire early will have to pay taxes on retirement income.

One of the most tax-friendly states for retirees in America, South Dakota has no income tax and no tax on retirement income. If there was a national monument (like Mount Rushmore) for low-tax states, South Dakota would be a centerpiece.

The Volunteer State only taxes income on interest and dividends–nothing else. This makes Tennessee another extremely tax-friendly state for all residents, not just retirees.

The Evergreen State offers more than just beautiful coastal scenery, lush green forests and a great cup of coffee. Washington is another good place for retirees to live, because there is no income tax on 401(k)’s, IRA’s or pensions. Actually, there’s no income tax at all!

Majestic mountain ranges, vast valley floors, thick Pine forests, endless flowing rivers, rugged landscapes and wildlife, Wyoming is unique in every sense of the word. The Cowboy State is another very taxpayer-friendly state, with no income tax. Thus, no taxes on retirement income.

20 States with No Income Tax for Military

No taxes on military retirement income pay. Other retirement pensions can be exempt from taxable income up to $6,000.

Pension from the military is completely exempt from taxes.

Military retirement pay in the state of Hawaii is fully tax-exempt.

Military pensions are fully exempt from taxes in the state of Illinois.

In 2014, Iowa excluded military retirement benefits from Iowa’s individual taxable income. This exemption is in addition to a general pension exclusion up to $6,000 single/$12,000 jointly, available for taxpayers over the age of 55.

Benefits from military pensions may be excluded from taxable income.

Military pensions are exempt from income tax in the state of Michigan.

Minnesota does not tax military pensions for servicemen / servicewomen.

Income from military pensions are tax-free in Mississippi.

Income from military retirement accounts are not taxed in the state of Missouri.

No taxes on retirement income for military in New York.

Pensions from the military are not taxed by the state of Ohio.

Pennsylvania does not tax income from a military pension.

As of 2018, income from military retirement accounts are tax-exempt in West Virginia.

In Wisconsin, military pensions are completely exempt from income tax.

The following 14 states have “special provisions” or other considerations for retirement pay for military members. Keep in mind that tax law vary between states and are always subject to change.

Retirement pay from the military can be excluded from state taxes up to $2,500.

Military retirement pay may be exempt from state taxes up to $24,000, depending on age.

For retirees 62 and older, service members may exclude up to $3,000 in military pension income.

In Georgia, there is a provision for any type of retirement account, including military pay. Individuals over the age of 62, or permanently and totally disabled regardless of age, may qualify for a retirement income adjustment. Ages 62-64 are tax-exempt up to $35,000 and up to $65,000 over the age of 65.

Retired military members 65 and older, or disabled and 62 or older may exclude state taxes on their retirement benefits. Total maximum deductions may vary every year.

In Nebraska, retirees must choose within two years after retirement, either a seven-year exemption option of 40%, or a lifetime exemption of 15% starting at age 67.

Military income for retired service members are completely tax exempt if a veteran meets certain criteria. If retired veterans don’t meet the criteria, tax exemptions may apply up to $4,000 for single filers and $8,000 for joint filers.

Military retirement income may be exempt from Oklahoma state taxes either up to 75% or $10,000, whichever is greater, but may not exceed federal gross adjusted income.

2 States with No Income Tax AND No Sales Tax

Alaska is just one of two states in the U.S. with no income tax and no sales tax. While there is no statewide sales tax, there are some locally imposed sales taxes. The Last Frontier state makes up for lost revenue through their natural resources, with high taxes on coal mining and oil drilling.

The Granite State also offers no sales tax and does not tax earned income. However, New Hampshire residents must file taxes on any interest and dividend income that exceeds $2,400 or $4,800, if married and filing jointly. That is, until the year 2025, where New Hampshire will become completely income tax free.

Living in states with no income tax in 2020 may relieve some financial burden to taxpayers. However, a more accurate measure than just income tax rates is to look at a state’s overall tax burden. The overall tax burden measures percent of income paid in state and local taxes.

For real estate investors, not having to pay taxes on personal income can be a huge advantage. But it’s imperative to consider other factors such as, the rate of property taxes, job opportunities, population growth and housing market trends.

To learn more about tax strategies and the best real estate markets in the country, become a RealWealth member today (it’s free!). 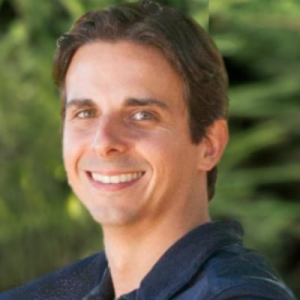 Aristotle received his real estate license in 2007 and has since helped hundreds of investors acquire cash flow property in emerging markets nationwide. As an investment counselor, he helps our members develop a unique investment plan based on their personal goals. As an investor himself, Aristotle is able to share his knowledge, experience and insights with new and experienced investors.
PrevPreviousHow to Invest in Real Estate with Little (or No) Money
NextIs Section 8 Good For Landlords or Not?Next
Share on facebook
Share on twitter
Share on pinterest
Share on linkedin
Share on email
Share on print