If you want to stretch your real estate investing dollars as far as you can, you may want to look at Detroit. Motor City is the number one large metro for the amount of residential square footage you can get for your money. You might run into some competition as a summer buyer however. There are reports that the Detroit real estate market is booming right now, despite concerns about the pandemic.

A local TV station reports that after months of stay-at-home orders that were recently lifted, buyers are out in force. The pent-up demand has led to a more competitive market because there are more buyers than normal this summer and fewer listings. ReMax agent Jeanette Schneider told WXYZ Detroit that new listings were down 21% in May but home buyers were up 6%. She says, “When you just don’t have enough of the supply, buyers will start to outbid each other.” (1)

That doesn’t mean you need to put your plans on hold. It just means you should be prepared to work quickly, by getting pre-approved and submitting your best offer. Even if you “up” your price a little, you’ll still be paying less in Detroit than you would anywhere else.

Most Square Footage for Your Money in Detroit

Property Shark just published a report that shows you will get the most square footage of any city in the U.S. with $250,000. (2) And that will buy you a huge home in Detroit. $250,000 would get you 5,400 square feet. So if you’re going for something smaller, perhaps as a rental, you could probably buy three homes for that amount of money.

Cleveland is another hot rental market, and that metro was second on the list. For $250,000, you’d get more than 4,600 square feet of home. Indianapolis and Jacksonville were also high on the list, but Detroit topped them all.

There’s also another recent report about Detroit that I found impressive. (3) Lending Tree put together a list of 50 U.S. cities with the most valuable real estate, and Detroit was 19th on that list. That puts it ahead of Portland, Oregon; Sacramento, California; and many others including some of our other favorite cities for single-family rentals.

If you are a RealWealth member, you probably know that we feature 15 of the best markets for real estate investors. This list shows just four of those markets ahead of Detroit, including Dallas, Houston, Atlanta, and Minneapolis.

At the top of the list, you’ll find New York, Los Angeles, and San Francisco. They are the only three metros worth more than $1 trillion dollars each. The rest are worth billions. For Detroit, the total value of the market there is $438 billion with a median home value of $172,000.

But that’s well above the price you’d have to pay for a single-family rental home. You can buy a turnkey property for as low as $60,000 in the Detroit metro area, and get a cash flow from that that’s well above other markets. You’ll also be investing in a metro that is transitioning into a vibrant area with some major infrastructure projects, and big employers.

The turnaround story has been underway for several years, with the help of billionaire investors, Mike Illitch and Dan Gilbert. They’ve both invested billions of dollars into Detroit to help turn it around after the city emerged from bankruptcy several years ago. Illitch, who died recently, is best known for the founding of Little Caesar’s Pizza. The growth of that business helped him expand into other major businesses in food, entertainment and sports, including the ownership of the Detroit Red Wings and the Detroit Tigers. He also poured money into the revitalization of an area now known as The District Detroit which provides venues for world-class entertainment, music, and local events along with office, retail, and residential areas. He also bought naming rights to the new Little Caesars Arena located in that area.

Gilbert is the founder and CEO of Quicken Loans which he moved to Detroit in 2010, along with almost 2,000 employees. He has also invested heavily in downtown Detroit. According to Wikipedia, he owns 90 downtown properties and employs more than 17,000 people in the city. I was truly impressed by the downtown transformation when I was there. The area is now a very hip place with lots of activity and plenty of millennials. There’s music and flowers on every street. There’s even a park with beach sand and tiki huts.

And there are jobs. Some of the Fortune 500 companies that are headquartered in or near Detroit are Quicken Loans, Walmart, Kellogg, Whirlpool, and Penske Automotive. Other big companies with a substantial presence include Google, Microsoft, LinkedIn, Nike, Under Armour, John Varvatos, Bonobos and Lululemon. And you can’t forget Ford, General Motors, and Chrysler.

As investors, you can easily cashflow on rentals, and rents have been going up. Just a few months ago, Apartment Guide released a report that shows rent increases for 2019 in Detroit are among the highest in the country. (4) It says that studio apartment rents were up 31.8% and that one-bedroom apartment rents were up 13.2%. That shows strong rental demand. Our property team members say their single-family rentals are hitting the 1% rule, even for the A-class properties.

The city also emerged from the pandemic with a Phase 5 reopening a few weeks ago, and we’re hearing that “all systems are go” for real estate. Our property team rep gave us a rundown on the state of the market in a webinar that’s now posted on our website.

If you want to know more about Detroit and why we think this market is going to take off for people interested in real estate investing, please join our network, and check out the webinar at www.realwealth.com. 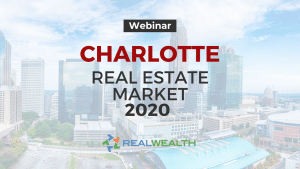 Kathy Fettke is the Co-Founder and Co-CEO of RealWealth. She is passionate about researching and then sharing the most important information about real estate, market cycles and the economy. Author of the #1 best-seller, Retire Rich with Rentals, Kathy is a frequent guest expert on such media as CNN, CNBC, Fox News, NPR and CBS MarketWatch.
PrevPreviousWhat Is a Good Rate of Return on Rental Property in the Age of The Coronavirus?
Next[REN #931] Real Estate News Brief: Housing Start Boom, Mortgage Rate Surprise, and Drive-In Theater RevivalNext
Share on facebook
Share on twitter
Share on pinterest
Share on linkedin
Share on email
Share on print