After Cleveland’s Cuyahoga River caught fire in 1969 from industrial pollution, the city became known as “the mistake on the lake,” but things have changed since then. Today, people are still saying Cleveland is on fire, but this time they are referring to its real estate market.

What’s going on in Cleveland?

Crain’s business journal says that decades of slow-moving redevelopment has suddenly taken off on the west side. It says that real estate projects totaling $350 million dollars are proposed or under construction between West 25th and West 117th Streets. Those projects include about 1,000 rental and for-sale units not far from downtown Cleveland and Lake Erie.

Crain’s says the boom started recently with the construction of a multi-unit building called Mariner’s Watch with 62 luxury rentals. That was apparently the beginning of a trend for new housing. There’s also the Edge 32 project, the Clinton West Apartments, The Edison, and several others. Developers say they are filling up faster than they can be built.

One developer tried to explain the big turnaround for a city once known for pollution, poverty, and crime. Rick Foren said in Crain’s that Cleveland has become more of a mixed use, walkable city that’s attracting millennials, big time. But he says “it’s not just millennials. A third of our tenants are over 60.” The downtown rental market has a 5% vacancy rate right now.

One of the projects that is raising the city’s “walkability” score is a new boulevard along the Shoreway from the city center to the lake. The project is known as Lakefront West. When it’s done sometime next year, it will be a tree-lined boulevard that can be easily accessed by pedestrians, bicyclists, and vehicles at a reduced rate of speed.

Just a few weeks ago, Mayor Frank Jackson unveiled the city’s new “Neighborhood Transformation Initiative”. It’s $50 million in public and private funds to help some of the city’s less prosperous neighborhoods. The objective is to increase commercial growth and housing development in those areas — and to help people who want to buy homes. The mayor said: “Our goal is to move the entire city forward — every neighborhood and all of its people.”

Road repair is a big part of the city’s 5-year redevelopment plan. The city is now in its “fourth” straight year of major road repairs with tens of millions of dollars spent each year. It’s also working on a network of bike lanes and trails. It hopes to complete 70 miles of bikeways by the end of this year. There are also public private partnerships to create a series of regional athletic and recreational facilities.

And then there are creative efforts to help launch new businesses. Local businessman Alan Glazen is holding a contest called “Cleveland Chain Reaction” to help entrepreneurs with start-up capital. He’s enlisted the help of five investors and is asking entrepreneurs to submit their business ideas for consideration. As many as 20 entrepreneurs will be chosen to pitch their business plans “live” to investors. Investors have committed to contributing a minimum of $130,000 each to help the five winners.

Former Cleveland planning director, Norman Krumholz, told Crain’s: “The city has become a more desirable place. It is architecturally distinct and it’s not as violent as before.” It has also transitioned from a manufacturing-based economy to one that is driven by education and health services. In recent years, it’s become known as the “Medical Capital”.

According to the “Medical Capital” website, Cleveland’s biomedical industry has grown from 300 companies in 2002 to more than 700 companies today. It says that “Qmed” recently named Cleveland as one of the top 10 cities in the U.S. for medtech innovation.

The website says that Cleveland is a prime location to build a biomedical career at any one of many life science companies or health institutions. It says that these companies have attracted more than $2.3 billion dollars in growth capital since 2001.

According to Politico, AOL founder Steve Case, said ”A lot of the innovation in health care is going to be in the middle of the country, because some of the most important institutions in health care are in the middle of the country.” He added that the Cleveland Clinic will step to the forefront to drive innovation, because it has built an organizational arm to speed in-house ideas to market and established a center to lure more technology firms to Ohio.

Case says he sees major opportunities for investors in cities like Cleveland, Nashville and Pittsburgh, where health care organizations anchor the local economy.

All this activity is also good for investors interested in purchasing single-family rentals in Cleveland. Research shows that Cleveland SFRs are the highest-yielding rentals in the nation, due to low home prices combined with job growth and substantial rents.

Data shows the median investment sales price is just $74,500, and that’s after an 18% rise in prices last year. Asking rents are expected to grow to $1,210 per month this year. That’s a 1.5% increase from last year. All of this adds up to a double-digit cap rates.

The bottomline is that Cleveland is a top-yielding market for investors. It has low entry prices for homes that rent for more than $1,200 per month.

HouseCanary research shows Cleveland single-family rentals are getting a 14.5% annual return on investment. That puts Cleveland in third place on HouseCanary’s list for highest ROI in the nation.

Founders and coCEO’s of RealWealth, Rich and Kathy Fettke, bought a rental property just a few years ago near the lake in Euclid. They paid $55,000 total after all renovations, and have since received $950/per month in gross rents. The property is worth over $85,000 today, so who says you can’t get appreciation in Ohio?

Kathy Fettke is the Co-Founder and Co-CEO of RealWealth. She is passionate about researching and then sharing the most important information about real estate, market cycles and the economy. Author of the #1 best-seller, Retire Rich with Rentals, Kathy is a frequent guest expert on such media as CNN, CNBC, Fox News, NPR and CBS MarketWatch.
PrevPrevious[REN #287] Week In Review: June 19, 2017
Next[REN #290] Surge in First-Time Home-Buyers 2017Next 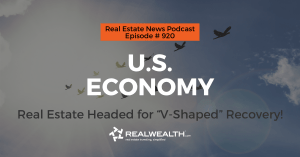 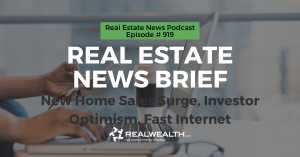