Warning, warning! This will be one of my more cautionary shows. So only listen if you want a dose of reality. Or if you want to better understand my mission here.

Even though we’ve seen asset values and stock prices going up, there are some real threats to our country today. The biggest threat is our addiction to debt.

The national debt continues to balloon out of control, to the point where our government can barely afford interest payments. The same is true for many corporations, who borrowed to much money when interest rates were so low.

The Federal Reserve is in a pickle. If they continue to raise interest rates, it will be even more difficult to pay off debt. So it essentially loses it’s power to regulate the economy by raising rates – if things get too heated.

It also has lost the power to lower rates because they are already so low.

What does this have to do with real estate investors? As you’ll see in the following interview, real estate is a hard asset – and one that people need. It is not flimsy like fiat currency – like the dollar – that is really tied to nothing anywhere and only has value because the US. government says it does.

If the value of the dollar declines, there’s a good chance the value of hard assets increases – because you need more dollars to pay for the asset

Our guest today outlines these ideas in his book, How To Press America’s Reset Button which can be found on Amazon.

Sean Burke also has a radio show called the Sean Burke Show, which focuses on national politics, coming economic disruptions and national news, as well as interviewing and highlighting Changemakers in our society – people who are making a positive difference in the world at levels both small and large.

Kathy Fettke is the Co-Founder and Co-CEO of RealWealth. She is passionate about researching and then sharing the most important information about real estate, market cycles and the economy. Author of the #1 best-seller, Retire Rich with Rentals, Kathy is a frequent guest expert on such media as CNN, CNBC, Fox News, NPR and CBS MarketWatch.
PrevPrevious[REN #721] Scanning Receipts Reduces Chaos
Next[REN #722] More Opportunity Zone Guidelines Released!Next 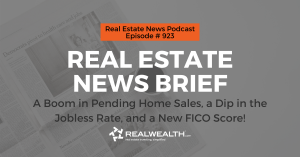 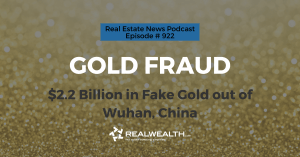