Detroit, Michigan, is a hotbed for real estate investor activity at present. According to ATTOM Data Solutions Q2 2017 numbers, 88 percent of the homes sold in the city in 2016 were sold to investors (compared to 35 percent in 2010). What are these investors doing with those properties? For the most part, they’re holding onto them. The vast majority of those homes are being purchased as turnkey rental properties that cash flow for their owners while also appreciating at a healthy rate. In the past 12 months, Detroit home values have risen about 20 percent, and although analysts are predicting that these skyrocketing values will start to level out in 2018, it appears that the rate of appreciation will likely remain above the national average, hovering between six and seven percent. At present, despite rampant appreciation, Detroit is ranked first on the Forbes list of the most undervalued housing markets in the country.

While the entire state of Michigan is currently attracting extremely high levels of investor activity, Detroit and its surrounding commuter suburbs offer real estate investors a certain peace of mind that other cities, such as Flint, Michigan, where three in every four home sales were made to investors in 2016, for example, may not. Detroit, which notoriously filed for Chapter 9 bankruptcy in 2013, making history as the largest municipal bankruptcy filing in U.S. history with its estimated $20 billion in debt, has spent the last four years reversing its fortunes.

Unemployment has fallen from more than 20 percent in 2013 to just over eight percent as of April 2017, and multiple major employers have moved into the metro area with the stated intent of revitalizing the formerly-thriving Motor City.

Most notable on that list is Quicken Loans, headed by Dan Gilbert, who moved his company and his entire Michigan workforce to downtown Detroit in 2011 with the stated intent of “paving the way for a new wave of economic growth in the city.” At the time, that workforce was comprised of about 3,600 team members. Now, it numbers more than 15,000.

Detroit’s skyrocketing appreciation has some real estate investors pulling back on the area due to fears of a potential real estate bubble fueled by foreign and domestic investment dollars. However, since 2015, when ATTOM Data reported that Detroit had hit a new price peak in October of that year with median sales prices of $155,000, the surrounding areas have enjoyed increased investor activity and investors have enjoyed solid rental returns on highly affordable rental properties. Realtor.com recently named Detroit as the 4th-hottest housing market in the United States, edging out markets like Dallas-Fort Worth because the list’s analytics indicated that demand for housing is greater in Detroit than in DFW and because listings in Detroit remain on market a mere 39 days compared to DFW’s 43. Furthermore, according to Forbes, a home purchased today in the Detroit area is likely still 11.7 percent undervalued. That data was gleaned from the CoreLogic Case-Schiller Home Price Index, the National Association of Realtors, IHS Global Insights, and the U.S. Bureau of Labor Statistics.

Tenant demand for rental properties is likely to rise throughout 2018 and beyond. According to a report by the nonprofit Urban Institute (UI) published in July 2017, the Detroit area is going to experience another “surge in demand for rental housing” due to fresh demand from two of the country’s most attractive household demographics, Baby Boomer and Millennials. Although UI frames much of the report in terms of the increasing demand for area rentals as a housing problem, in reality, these two demographics are, at present, culturally inclined to rent rather than buy, which is great news for real estate investors with single-family or multifamily assets in the area.

One important facet of the Detroit housing market that investors must consider when making a purchase, however, is the city’s somewhat inconsistent transit system. If your target market is likely to require or prefer public transportation to more traditional commuter options (like driving their own car or carpooling) then simply be aware that you will need to evaluate walkability, bike-ability, and public transit availability in an area before you buy. This is easily accomplished, though, and Detroit’s public transit system, while previously in decline, is expanding services and offers plenty of options. Just be sure that you (or your turnkey provider) has done the right due diligence in this area before you buy.

The Baby Boomer population also has a unique set of needs in its rental housing and, the report indicates, the Detroit seniors and soon-to-be-seniors have a stated preference for aging in place. “We’re gaining seniors dramatically,” observed Xuan Liu, research manager for the Southeast Michigan Council of Governments, in response to the UI report. He added that the “graying population” will find homes that allow them to remain in place thanks to senior-specific amenities and remodeling are already in demand and likely to remain so, with the senior population in the area likely to rise to 37 percent by 2040.

Although Detroit’s unemployment rate of 8.4 percent (as of April 2017) still exceeds the national average by nearly four points, it is currently lower than it has been since 2001. Investors should note also that the Detroit-Warren-Dearborn metro area has a substantially lower unemployment rate, posting just four percent unemployment in June 2017.

Detroit is home to a growing financial sector and considered one of the top five financial centers in the United States thanks to the presence of the “Big Four” accounting firms, Deloitte, PricewaterhouseCoopers, Ernst & Young, and KPMG. These firms handle the vast majority of public and private company audits and each generate billions of dollars in revenue and employ thousands. The area is also home to nearly two dozen top publicly traded companies including:

Municipal initiatives to bolster the healthcare, biomedical, and IT facets of the economy are also currently succeeding, with one high-tech and creative corridor already taking firm shape in the area and nearby Plymouth Township edging closer to firming up an agreement with the Detroit Land Bank to transition former prison property originally used by the Detroit House of Corrections to a technology and commercial corridor as well.

Detroit is also home to a number of colleges and universities, including:

Notably, the Little Caesars Arena, a new sports multiplex, hosts both the Pistons and the Red Wings.

Clearly, there are many reasons that real estate investors feel that Detroit is a good market for their real estate strategies. As with most metro areas, Detroit is home to a market full of flippers, wholesalers, and rehabbers. However, the area’s strongest draw is its rental market, where investors in far more expensive areas of the country can easily snap up fully turnkey rental properties with a tenant in place for prices below $80,000 in some cases and monthly rents of about $900, creating a solid cap rate that most find irresistible. 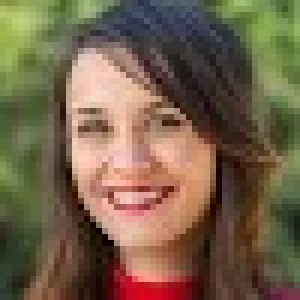 Jessica manages content creation, PPC and SEO for RealWealth. She joined our team part-time in August of 2015 and quickly moved to a full-time position to write for the blog and to oversee our independent researchers and analysts that help keep RealWealth on the cutting edge of investor education. In her free time, Jessica enjoys writing music, baking, meditating, and spending time with her friends and family.
PrevPrevious[REN #377] Orlando’s Booming Economy and Retail Real Estate
Next[REN #378] News Brief: Millennials Get Help & Big Brother is in the HouseNext

8 Tips for Collecting Rent During the Coronavirus (COVID-19) Pandemic

[RWS #758] COVID-19: Being an Early Adopter is Vital in Today’s Changing Economy

We donate 10% of all profits earned through real estate transactions. $491,306 dollars donated and counting.

Menu
Real Wealth Network, LLC is an educational company and is not acting as a real estate broker. Always seek the services of licensed third party appraisers and inspectors to verify the value and condition of any property you intend to purchase. Never send funds directly to a seller but instead, use the services of professional title and escrow companies. Check in with RealWealth® before purchasing property to verify that property teams and markets have not changed in quality or performance. RealWealth® does not provide legal, tax, accounting, or other professional advice. Nothing on this website email is intended to form a contract or binding legal commitment.